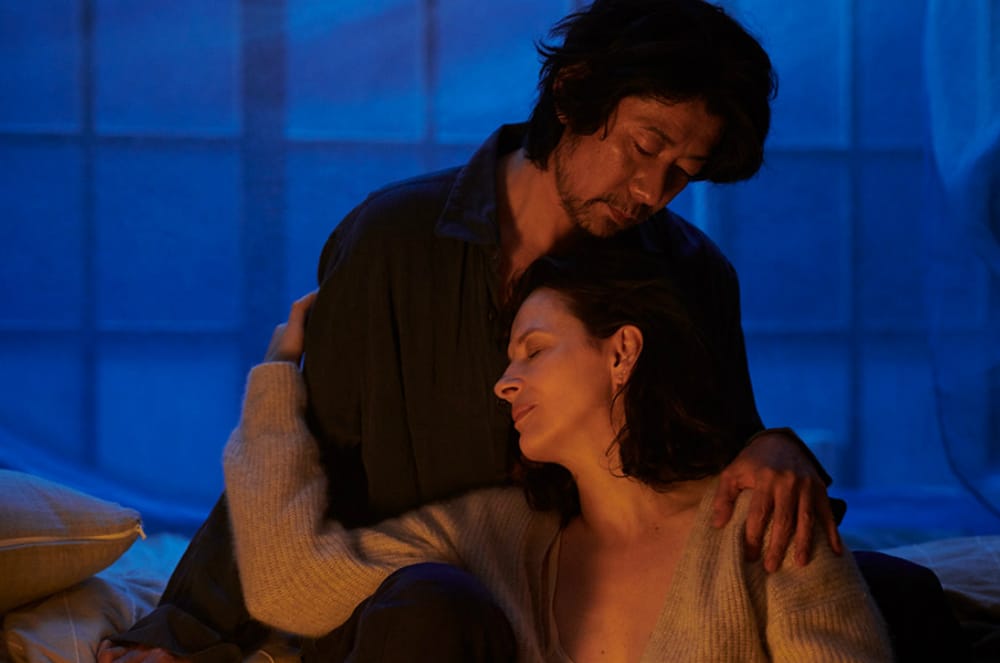 There’s power in them thar hills. That’s the central concern of writer-director Naomi Kawase’s lush, reverent Vision. In the film, Juliette Binoche plays Jeanne, a researcher journeying through rural Japan in search of specific herb said to cure pain as an existential condition. The film doesn’t start on her however, it first weaves in roles for two (and eventually more) Japanese figures. All have a part to play in the foreground, along with Binoche; for Kawase though, nature remains the star.

The two other figures in question are Tomo (Masatoshi Nagase), lonely steward of the surrounding forest, and Aki (Mari Natsuki, unforgettable), a mystical woman claiming to be their 1,000-year-old guardian. Jeanne comes to these two, and the three dance around each other in increasingly complicated ways. Kawase stews their stories (and that of a mysterious—but not that mysterious—fourth character) together with a gentle hand, clearly enthralled by her film’s setting. The majestic images of the natural environment here really are worth the price of admission. And for the most part, the film’s actors are not overwhelmed by their situation, or the play-it-straight seriousness of the script, which speaks to the talent involved.

While Kawase’s ideas radiate with a certain power however, they do begin to overload. It’s unfortunate because the first two thirds of this film cast quite the spell. There’s intrigue, romance, a chuckle or two, and this looming message, of some type or another, coming from the mountain. Perhaps it’s possible to make a film leaning on nature aphorisms, mirroring them with like-minded images, giving yourself over to them. Kawase almost gets there, until she doesn’t.