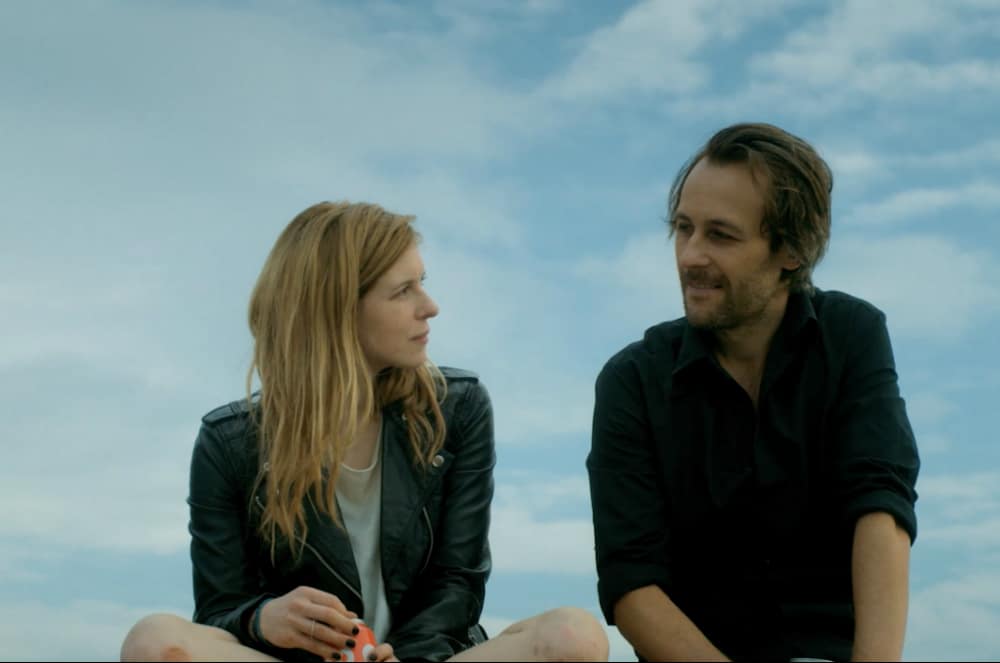 Stuff is always falling out of people’s pockets in Volition, the new film from writer-director Tony Dean Smith. Sure, it happens in life, but it’s funny to see here given what the film, co-written by Ryan W. Smith, is actually about. Centring on a low-down man named James and his ability to see the future, Smith’s film eventually twists into a high-concept sci-fi trip through time. It all mostly works, in its way—but still, you’d think James would remember about his pockets.

The setup for Volition is deceptively simple. James (Adrian Glynn McMorran) is paid a visit by Sal (Frank Cassini, who appeared in 1994’s Timecop) and Terry (Aleks Paunovic), and taken to see Ray (John Cassini), crime kingpin and part-time decor salesman. Ray wants James to help move some blood diamonds, hoping he’ll predict how the deal will happen. What no one foresees, however—least of all Angela (Magda Apanowicz), randomly rescued by James early on—is how it will go wrong. To the film’s credit, neither will we. Hitting the road out of not-Vancouver from there, we’re rifled through an impressive amount of (dull) action and (decent) exposition towards a somewhat sensical conclusion; no small thing, given the context. Along the way, McMorran and Apanowicz develop a romance, the Cassinis yell at each other, and Paunovic flexes his muscles. There’s also Bill Marchant’s Elliot, the requisite scientist for these sorts of narratives. Taken altogether, Smith’s film does have its moments; it also manages to be both short and long, a trick of time more inexplicable than the story itself.

As one would expect with a film about time, Volition gets into some high-minded discussions about fate and free will (and particle entanglements, too). It’s also not surprising to see it borrow from past films of its type. In principle, Smith’s work longs for the profundity of something like La Jetée. In practice, however, it’s more akin to an inverse Groundhog Day, a moment in time lived again and again, yet only getting worse as it goes.

Volition will be available on Apple TV, Prime Video, and other digital platforms on July 10, 2020.