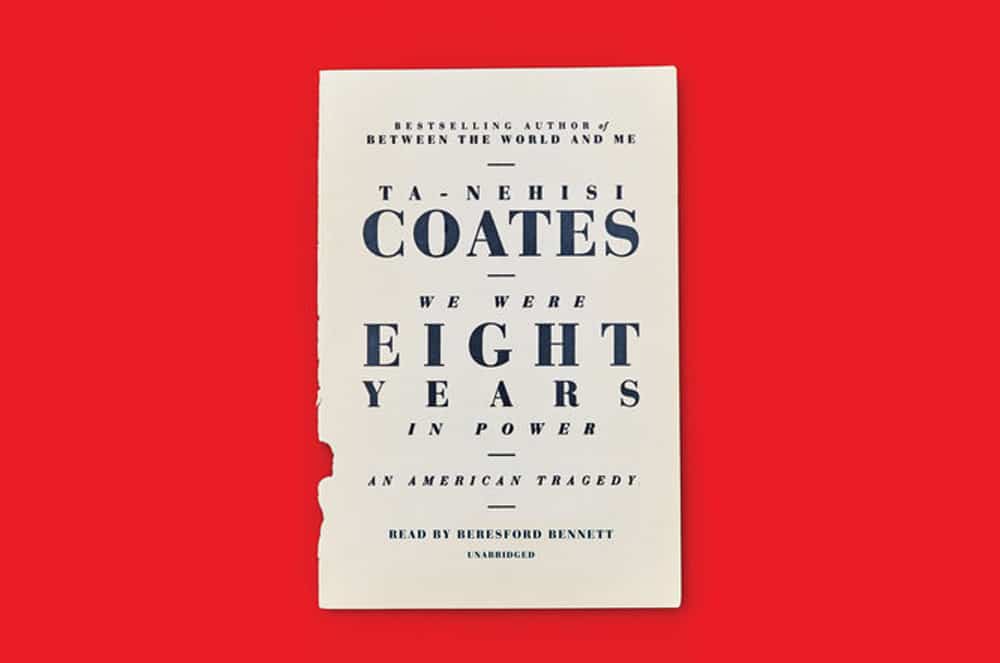 The powerful and subversive We Were Eight Years in Power feels like best book of the year material by about page two. Ta-Nehisi Coates is doing something pretty incredible in the work, to marry his progression as a writer at The Atlantic to Barack Obama and the presidency. In short, other readers may have reservations about the book because he republishes his articles in full. It may feel like a greatest hits collection at times. I feel like each article is recontextualized through the prism of what comes afterwards as a sort of annotation. In fact, the first article is about Bill Cosby and his work in the African-American community. Though Coates alludes to his offences, he doesn’t dismiss the article completely and its inclusion is both evidence of how long ago ten years feels like and also about how his style has progressed.

The book obviously ends on a sour note, as the title of “we were” suggests that he, along with Americans in general, are disillusioned by the rise of Trump and his reign. In fact, the suggestion is made at the end of the book, in the blunt closing essay, that the first “white” president has been given to power. The book is not a fawning endorsement of Barack Obama either, as Coates reveals that he and Obama met and spoke on a number of issues, and that Coates wasn’t ever able to argue through to what he wanted to say. In this sense, the book is a lament, an ode to better times that were still bad times, in terms of tolerance. It looks at the lens of history through the recent present that makes historical events feel historical. It reintroduces Trayvon Martin and how situations were handled badly even then, that the Obama years weren’t utopic, and that disguised racial tension and often times outright fury was always present. It is a scathing condemnation of the terrible living conditions in the southern U.S. for black homeowners and The Case for Reparations is a stunning critique. In fact, the whole book is stunning as it’s by no means a shouty book. Coates’ sense of quiet, and of disquiet, speaks loudly, if we care to listen.

We Were Eight Years In Power: An American Tragedy was provided by Penguin Random House Canada in exchange for an honest review. It may be purchased from your friendly independent bookseller or other fine bookstores.