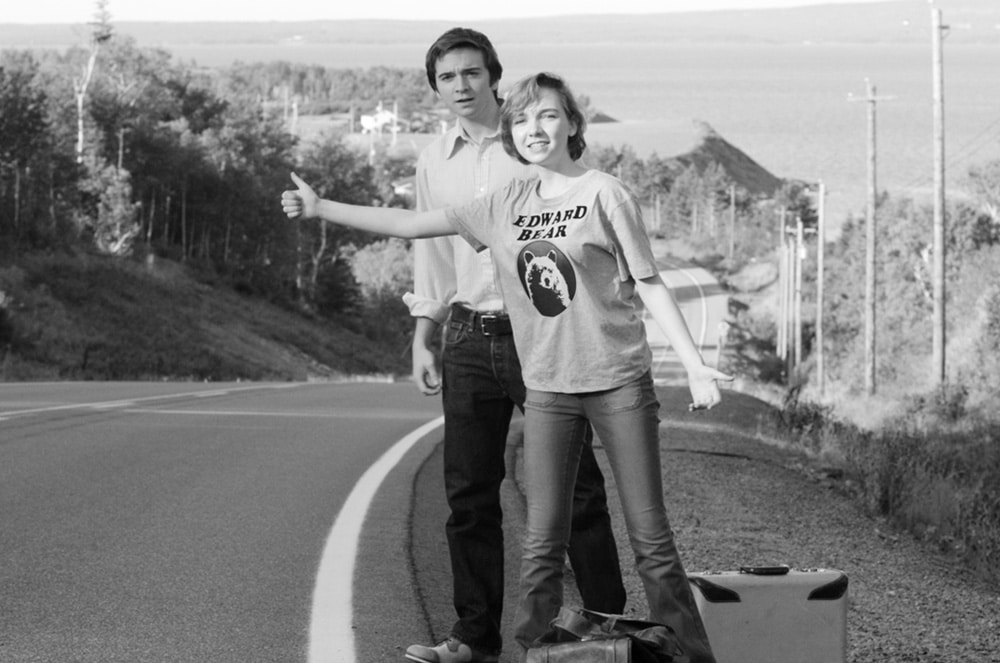 The film Weirdos is maybe slightly less weird than the title implies, though it’s still plenty weird in general. The script is by noted playwright Daniel MacIvor, and feels like a throwback on the one hand, but really more of a modern take on a throwback film, self-aware of modernity in a haze of nostalgiac leanings.

Set in Nova Scotia in the mid-70’s and filmed in glorious black and white, Bruce McDonald’s film is an ode to…umm…weirdness? It’s actually the story of a girl and a boy in love, Alice and Kit (played by Julia Sarah Stone and Dylan Authors). Of course, throughout the course of the trip they take together, they find that the love that they share is not what it is supposed to be, at least not in that particular form. As per usual, the journey is the destination.

Being a road movie and a Canadian one to boot, it’s actually about far more than weirdness, as it diverts in some pretty strange directions (including an embodiment of Andy Warhol, Molly Parker dropping in seemingly from a different movie, Allan Hawco doing something important, and the big reveal about halfway through, but this recap barely covers it all).

But this is perhaps missing the point of being able to embrace the weirdness that comes along with the experience of the film (and cameo and one-off appearances by familiar actors flesh out that weirdness). Authors and Stone are great, with Stone especially delivering a performance that’s quite devastating, (she’s for sure a star in the making). Too bad the movie’s not quite there and at the same level. Rather than revelling in its outsider status, perhaps it would have been better to present a more coherent vision (the film’s black and white doesn’t add much to it), and then it might have been really good and yet weird.