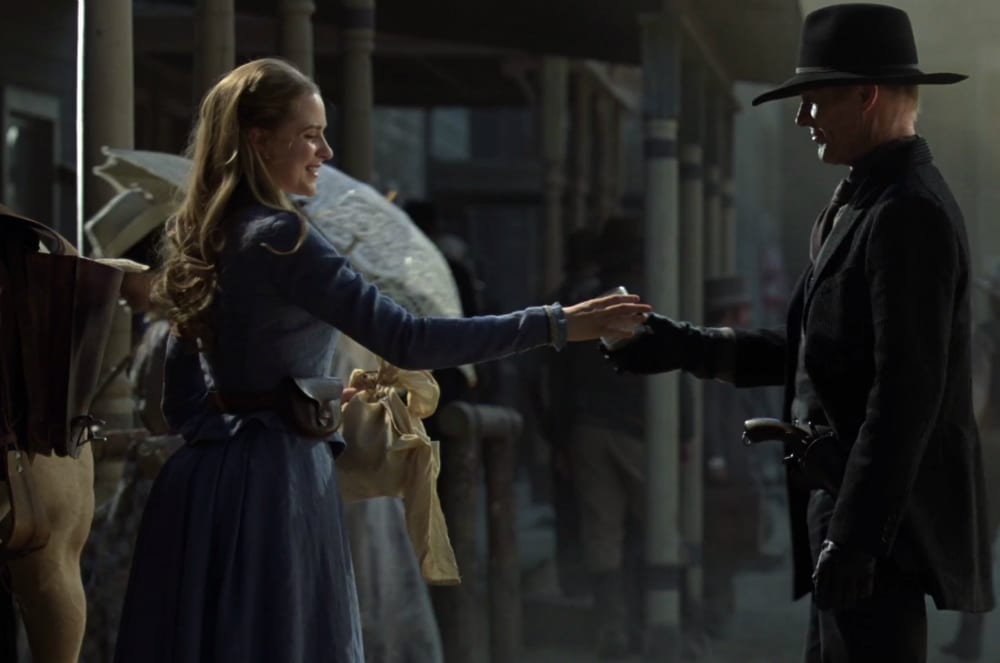 The best part about Westworld is that a show that at one point felt like an interregnum from these violent delights of Game of Thrones, (nudity, violence, world-building and distinguished British actors. Oh, and the theme song also by GoT’s Ramin Djawadi) turns out to be so much more.

But then Jonathan (brother of Christopher) Nolan and Lisa Joy’s Westworld, which is loosely based on the 1973 Michael Crichton penned film, is very much its own animal. The show felt a little bit like Jurassic Park, (also based on a Michael Crichton novel), and more than a little bit like the Itchy and Scratchy Land episode of The Simpsons. But again, it’s very much its own thing, because Westworld or at least Sweetwater is a maze, (in fact, the subtitle for Season 1 is “The Maze”, and the centre of the maze may or may not be Evan Rachel Wood’s Dolores. She plays  small-town southern belle to a hilt and though her character may be a sentient robot (or “host”, in Westworld parlance), her performance has real life to it.

Of course, everywhere you turn on the show, we come across a brilliant actor, from Sir Anthony Hopkins as Dr. Robert Ford, Jeffrey Wright as Bernard Lowe, Thandie Newton as Maeve, Ed Harris as “The Man in Black”, Sidse Babett Knudsen as Theresa. In addition, such actors as Trevante Rhodes, James Marsden, Clifton Collins Jr., Luke Hemsworth, Shannon Woodward, Angela Sarafyan, Jimmi Simpson, Tessa Thompson, Rodrigo Santoro appear as guests or hosts or otherwise. It’s a stacked cast and the central mystery of what is actually happening in the Western theme park, or when it is happening, or even if it is all happening at the same time is mainly revealed throughout the course of nine incredible Russian nesting doll episodes. The show reveals so many clues throughout its episodes and can be watched and revealed over and over and over again. And some of the songs (Black Hole Sun, No Surprises, Paint it Black) sound even better on a player piano or full orchestra. 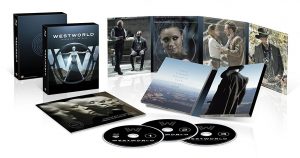 A ‘gag reel’ feels entirely like an attempt to lighten the mood, and ‘Realizing the Dream: First Week on the Set of Westworld’ takes a viewer into the town in a way that provides a great introduction to the show if they choose not to dive right in with the episodes themselves. There is immense worldbuilding happening, and special features such as ‘Crafting the Narrative’ give an idea of how big this project is and how we can immerse ourselves in it. But the most special feature is the collectible booklet, a full colour ‘Delos Corporate Guidebook Handbook for New Employees’.

The Westworld world may be an overall metaphor for life on Earth but in and of itself, this show and this Blu-ray package is exemplary of the era of Peak TV. We may be building a world within the show but the creators are putting together a TV show that feels like something wholly theatrical.