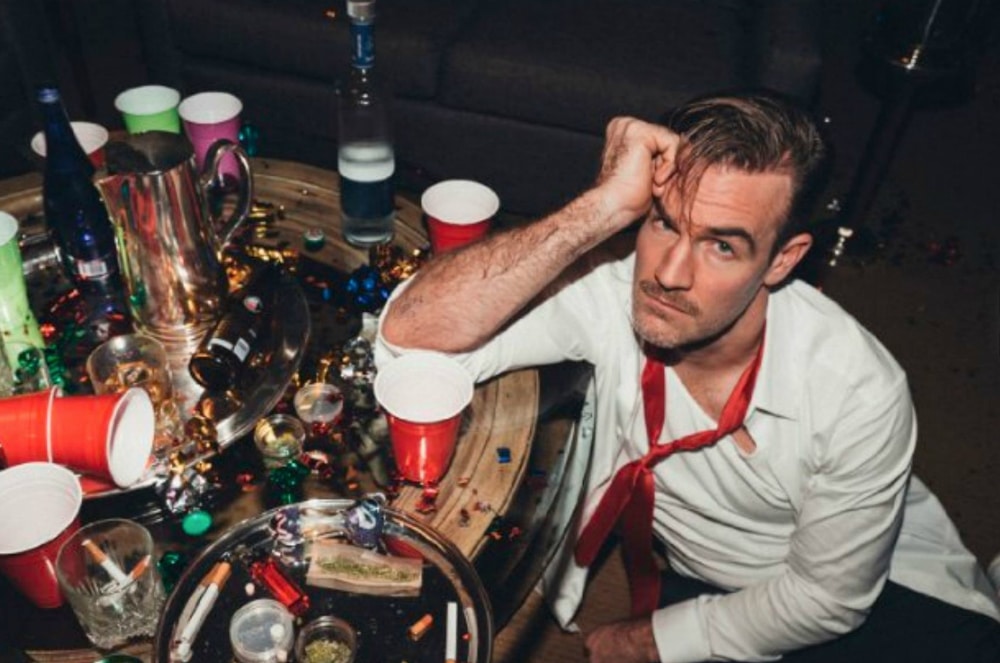 After success in the docuseries realm, it was probably inevitable that the VICELAND channel would eventually move into the realm of scripted shows. However, what a choice for a first scripted series in What Would Diplo Do?, which asks the question, well, it’s fairly obvious the question that it asks.

What it doesn’t seem to do is explain if the scripted series is meant to make light of Diplo (Thomas Wesley Pentz, and yes, I had to look that up), or show a funny, humanistic side behind his stage persona, Twitter beefs, and whatever the hell else he does (press buttons at EDM shows, it appears). What makes the show is the performance of James Van Der Beek (yes you read that correctly) as the titular Diplo, perhaps made even funnier because Van Der Beek doesn’t exactly look the part. In fact, he looks a little bit like former second baseman Jeff Kent (it was nagging me during the first episode), which is made even weirder by the fact that the second episode prominently features baseball and he no longer looks like Kent. Got all that?

Anyway, the first and second episode, (which were screened on different days), present the series as night and day. As in, the show works best when it’s freewheeling, (a confrontation between a pseudo-Calvin Harris and Van Der Beek’s Diplo in episode 1 was an absolute highlight). In terms of structure, a montage of Van Der Beek pretending to be Diplo pretending to be a baseball player was perhaps slightly less successful, moreso as the episode was set in the Dominican Republic.

Ultimately, when the series plays to its strength, which is to satirize EDM and Bro Culture, and yet somehow celebrating it in a tongue-in-cheek way. This Diplo cannot differentiate between “your” and “you’re” and is confronted by a horde of ninjas before composing a tweet meant to start or to complete a beef. The EDM footage is actually pretty tight, so much so that it becomes harder to differentiate between the real Diplo and the Van Der Beek one, (which is likely sort of the point). Van Deer Beek has registered comic chops, most memorably in the Sandcastles in the Sand episode of How I Met Your Mother, and feels like a really inspired performer, decked out in Diplo’s branded and oversized clothes.

The show seems to be experimenting with the levels, but with the right mix, What Would Diplo Do? may just drop the bass and blow our minds a little bit.

What Would Diplo Do? airs Thursdays at 10 pm on Viceland.