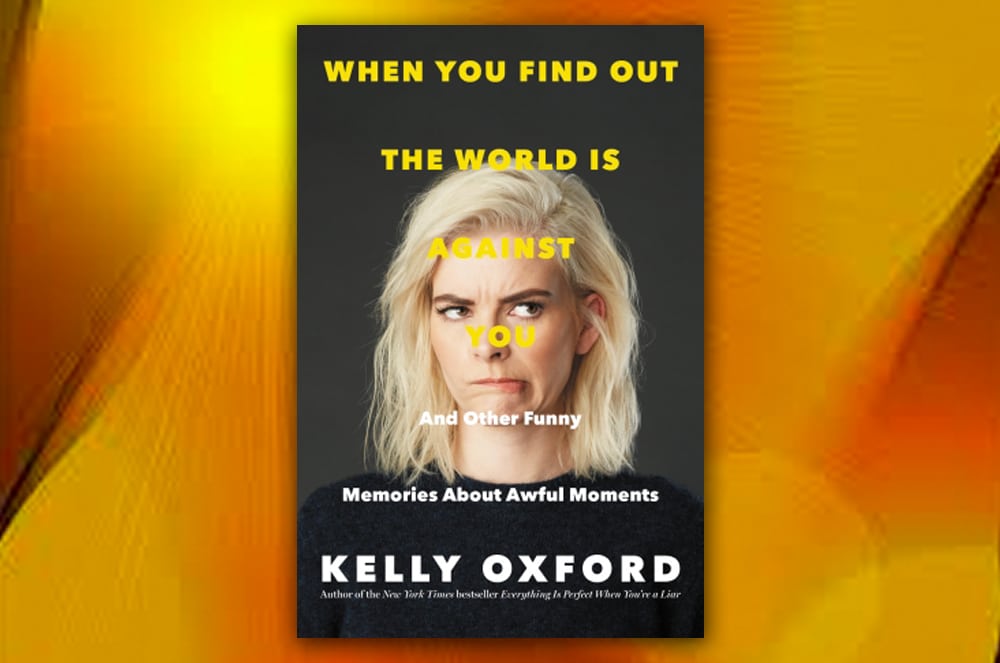 Stars – They’re Just Like Us! And make no mistake, Kelly Oxford is a star. Since her writing debut (called Everything is Perfect When You’re a Liar), the blonde screenwriter/author/mother/bombshell’s profile has catapulted astronomically. Alas, it wasn’t due to her writing talent but because of her #notokay Twitter campaign this past October, which saw millions of women pouring their hearts out with their long-stifled sexual assault testimonials. Much like the jarring campaign (which has seen a steady resurgence this week following the firing of Fox News’ Bill O’Reilly), Oxford proves in her follow-up book that she can quietly yet powerfully unite women through her succinct writing style and relateable personality.

In life and especially in the articulate way she expresses her idiosyncratic adventures in motherhood, day camp and jealousy in her marriage, Kelly Oxford has blossomed. While the stories in her first book were somewhat twee, (although I confess that I definitely related to her childhood stories of being taunted by wearing hideous glasses), the anecdotes in this book show a newfound confidence as well as maturation in her writing and in herself. Although the most powerful section (the final one) is her outline of the germination of her #notokay campaign, I found myself also re-reading the sections about a dearly departed family friend and her experiences with panic attacks.

The world may be against you, Kelly Oxford, but you’ll always have this girl in your corner.

When You Find Out The World Is Against You was provided by Harper Collins Canada in exchange for an honest review. It may be purchased from your friendly independent bookseller or other fine bookstores.

Kelly Oxford will be appearing at Chapters West Edmonton Mall on May 4th and Indigo Granville on May 6th. Please visit https://www.chapters.indigo.ca/en-ca/events/listings/ for further details.