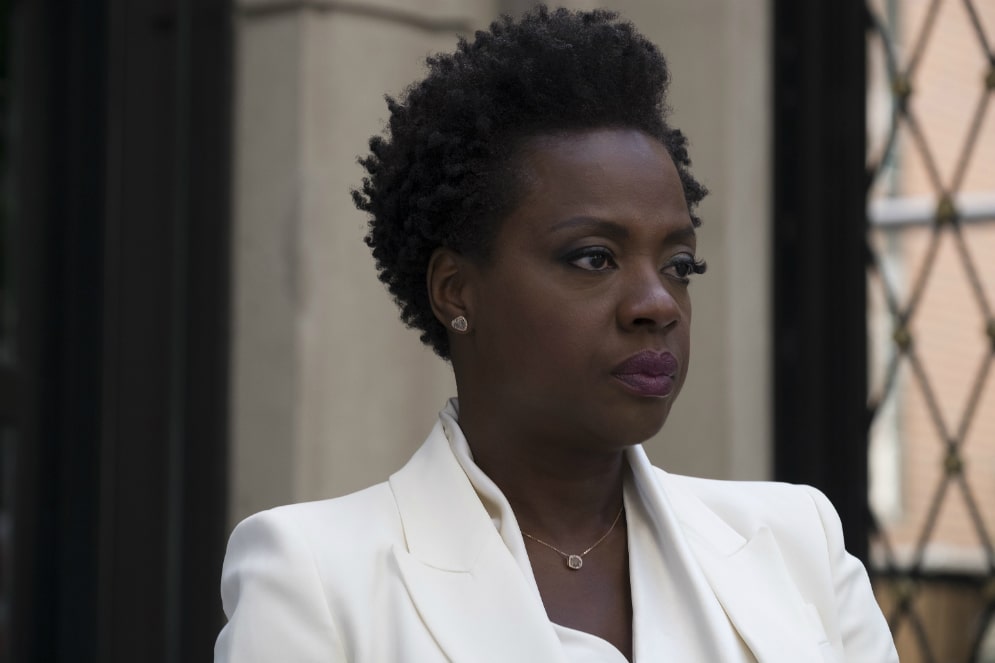 After a heart-stopping opening that cuts between an explosive car chase and its aftermath, director Steve McQueen’s Widows drops us into the middle of a Chicago municipal election. Yes, you read that right. Don’t worry, it’s connected to the chase, and the unseen heist preceding it, and a lot more. As written by McQueen and Gillian Flynn (at a long 128 minutes), there is indeed a line tying, say, Robert Duvall’s retiring city alderman Tom Mulligan, and Viola Davis’ grieving widow, Veronica. That’s good, because we wouldn’t want to feel like this movie is a mess.

Taken in isolation, Widows’ component parts all work; when combined however, they can’t help but feel a tad silly. Davis, naturally, is absorbing (and relentlessly stern) as the bereft wife to Liam Neeson’s chief thief Harry Rawlings. When he and his crew are killed in action, Davis is paid a visit by Jamal Manning (Brian Tyree Henry, solid again), who just happens to be running against heir apparent Jack Mulligan (Colin Farrell, professional suit-wearer now) for alderman. That was Jamal’s money Rawlings lost, earmarked for his campaign, and he and his brother Jatemme (Daniel Kaluuya, wildly good) want it back. All told (and believe me, there’s more to tell), this is about as lurid a genre setup as one could hope for in a film of this stature. Alas, McQueen has other things on his mind. And there, sadly, is the rub: for all its good intentions, its feminist ra-rah-ing, its pokes at political power, its glimpse at racial divides in the Windy City, even for all its twists and turns, the film is still kind of a mess.

Working with an even bigger canvas than in 12 Years A Slave, McQueen marshals a huge talented cast, and some bravura filmmaking technique, to make his presumptive masterpiece. I have no doubt he believes Widows is it. By my count though, there’s one standout shot here, an unbroken take from outside a moving car as it travels five minutes from one location to the next, highlighting the proximity of Chicago’s seedy side to that of its rich elite. Ironically, the scene provides a neat summary of the entire film: high and low class, almost right next to each other—and also extremely far apart.