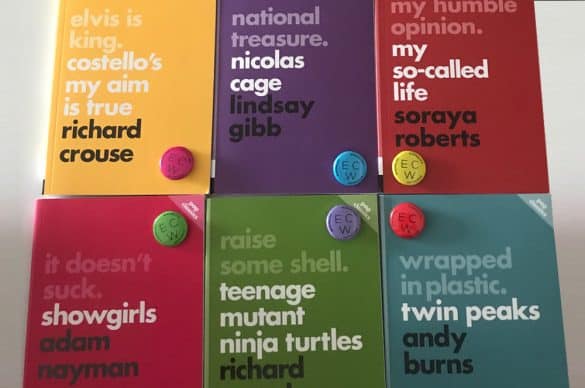 In honor of the return of Twin Peaks on May 21st, we’re giving away an ECW Press Prize Pack that includes a Pop Classic about David Lynch’s television masterpiece! 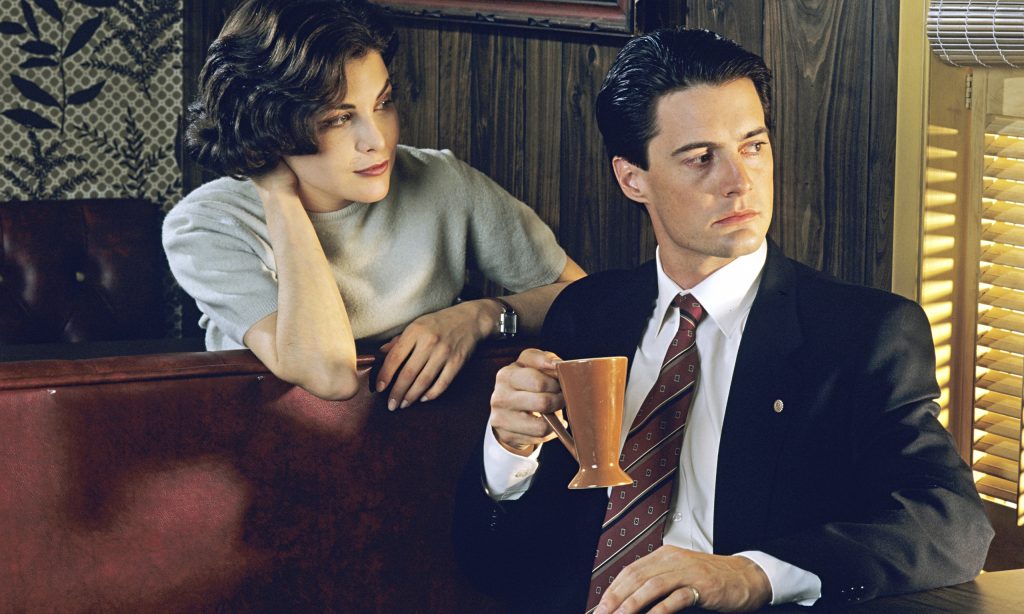 Win all 6 volumes of the Pop Classics series from @ecwpress plus buttons!

To enter, tell us which book you're most excited to read. ? pic.twitter.com/AMSZKjaP6v 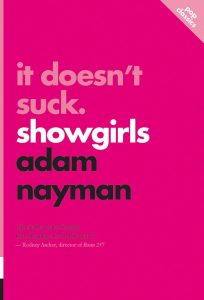 The Worst. Movie. Ever. Is a masterpiece. Seriously.

Enough time has passed since Showgirls flopped spectacularly that it’s time for a good, hard look back at the sequined spectacle. A salvage operation on a very public, very expensive train wreck, It Doesn’t Suck argues that Showgirls is much smarter and deeper than it is given credit for. In an accessible and entertaining voice, the book encourages a shift in critical perspective on Paul Verhoeven’s Showgirls, analyzing the film, its reception, and rehabilitation. This in-depth study of a much-reviled movie is a must read for lovers and haters of the 1995 Razzie winner for Worst Picture. 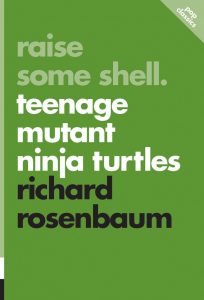 Celebrating the persistence of Turtle Power

Raise Some Shell critically and cleverly examines the origins, evolution, and impact of the Ninja Turtles phenomenon — from its beginning as a self-published black-and-white comic book in 1984, through its transformation into a worldwide transmedia phenomenon by the middle of the 1990s, and up to the sale of the property to Nickelodeon in 2009 and relaunch of the Turtles with new comics, cartoons, and a big-budget Hollywood film. With the eye of contemporary cultural studies and the voice of a true lifelong Turtles fan, Rosenbaum argues that the Turtles’ continuing success isn’t mere nostalgia, but rather the result of characters, and a franchise, that mutated in a way that allowed the to survive and thrive in a post-modern world. 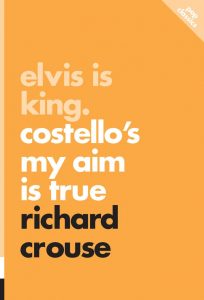 An explosive, groundbreaking album that crowned a new king of rock in just 33 minutes

Before Elvis Costello was one of Rolling Stone’s greatest artists of all time, before he was inducted into the Rock and Roll Hall of Fame, he was Declan P. McManus, an office drone with a dull suburban life and a side gig in a pub rock band. In 1976, under the guidance of legendary label Stiff Records, he transformed himself into the snarling, spectacled artist who defied the musical status quo to blaze the trail for a new kind of rock star with his debut album, My Aim Is True.

In Elvis Is King, Richard Crouse examines how the man, the myth, and the music of this arrestingly original album smashed the trends of the era to bridge the gap between punk and rock ’n’ roll. 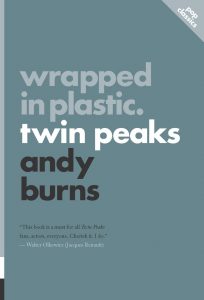 Damn good coffee, cherry pie, and the “big bang of auteur television” — why Twin Peaks deserves to be a pop culture classic

In 1990, avant garde filmmaker David Lynch (Eraserhead, The Elephant Man, Dune, Blue Velvet) and acclaimed television writer Mark Frost (Hill Street Blues) teamed up to create a television show that would redefine what the medium could achieve in a one-hour drama. With Twin Peaks, the duo entranced audiences with the seemingly idyllic town, its quirky characters, and a central mystery — who killed Laura Palmer?

In a town like Twin Peaks, nothing is as it seems, and in Wrapped in Plastic, pop culture writer Andy Burns uncovers and explores the groundbreaking stylistic and storytelling methods that have made the series one of the most influential and enduring shows of the past 25 years. 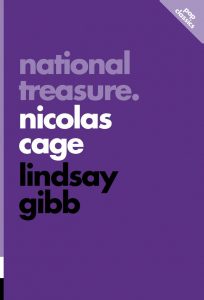 A celebration of Nicolas Cage — the man and the meme

While his selection of roles is seemingly inscrutable, Cage challenges critics and audiences alike by refusing to be predictable or to conform to the Hollywood approach to acting. Much like one of his mentors, David Lynch, Cage aims for art in movie-making. Is there a method to his madness? Is he in on the joke? In this clear-eyed and well-argued volume of the Pop Classics series, Gibb answers both questions with a resounding hell yes. 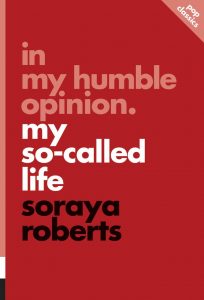 A smart, engaging investigation of the show that brought real teens to TV

My So-Called Life lasted only 19 episodes from 1994 to 1995, but in that time it earned many devoted viewers, including the showrunners who would usher in the teen TV boom of the late ’90s and the new millennium. With its focus on 15-year-old Angela Chase’s search for her identity, MSCL’s realistic representation of adolescence on TV was groundbreaking; without her there would be no Buffy or Felicity, Rory Gilmore or Veronica Mars.

The series’ broadcast coincided with the arrival of third-wave feminism, the first feminist movement to make teen voices a priority, and Angela became their small-screen spokesperson. From her perspective, MSCL explored gender, identity, sexuality, race, class, body image, and other issues vital to the third wave (and the world).

To this day, passionate fans dissect everything from what Rickie Vasquez did for gay representation to what Jordan Catalano did for leaning, and Soraya Roberts makes an invaluable contribution to that conversation with In My Humble Opinion.

I think I’d be most interested in reading National Treasure. Haven’t read too much about Nicholas Cage.

My choice is the one about Nicholas Cage.

i would like to read my so called life first

I am most excited to read My So Called Life.

I am most excited to read Wrapped in Plastic: Twin Peaks by Andy Burns.

I would like to read the interesting sounding A celebration of Nicolas Cage — the man and the meme, book.AsCage is one of my fav. actors. Would like to know more about him. Sure would like to snag this awesome swag. thanks.

I am most excited to read Elvis Is King.

I am most excited to read Elvis Is King

I am most excited to read National Treasure Nicolas Cage.