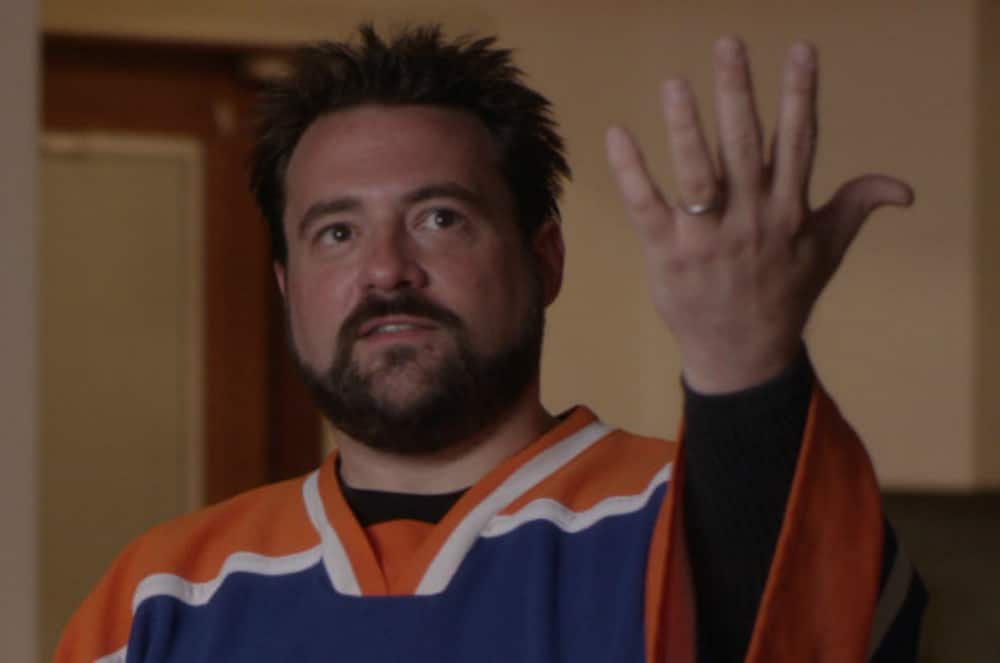 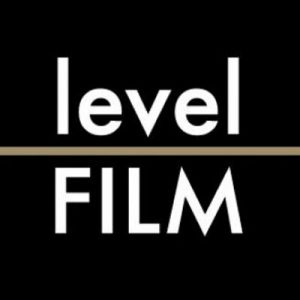 Two lucky winners will win iTunes codes for each of the following documentaries: 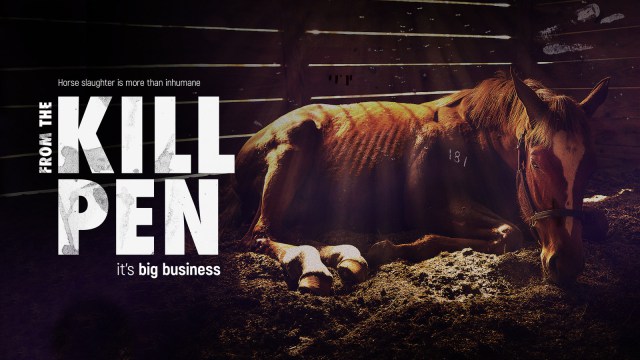 From the Kill Pen

In the Spring of 2013, meatballs served in the restaurants at IKEA stores in Europe were found to contain an unadvertised ingredient – horse meat. Within a short period of time, it was discovered there were other global companies selling beef products containing up to 40% horse meat. The revelation shocked an unsuspecting public around the world, but didn’t shock those in horse-related industries, who are privy to a disturbing underground pipeline of which most others are still completely unaware. Fact-driven and without gratuitous violence, Kill Pen exposes this pipeline that contributed to Europe’s “Horsegate,” which brings potentially toxic horse meat into food supplies around the globe, sometimes masked in 100% “beef” products. Ultimately, Kill Pen asks the essential questions: Should our nation’s horses be slaughtered for human consumption? Are the economic and political forces driving the pipeline too strong? And… Are you sure you know what you’re eating? 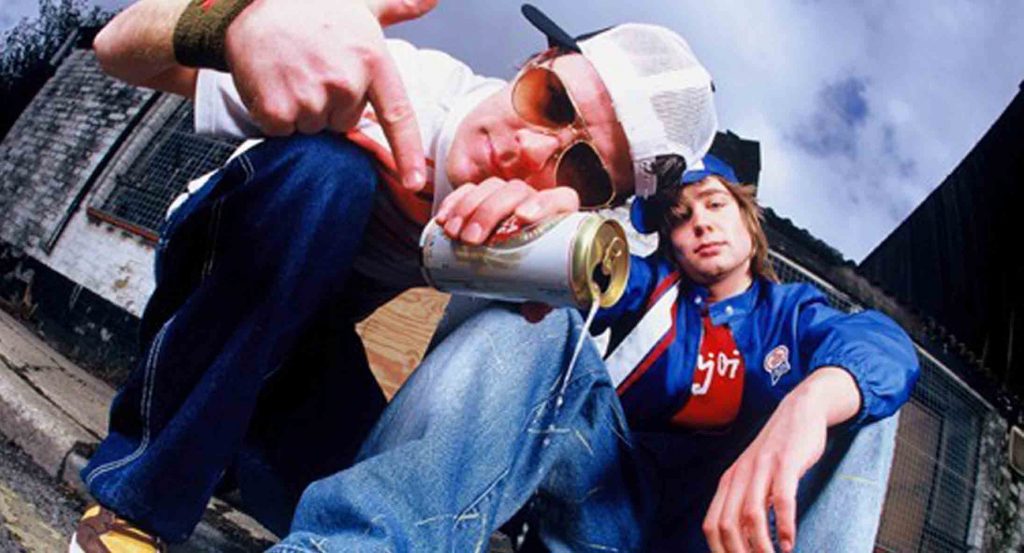 Californian hip-hop duo Silibil n’ Brains were going to be massive. No one knew the pair were really Scottish, with fake American accents and made up identities. When their promising Scottish rap act was branded “the rapping Proclaimers” by scornful A&Rs, friends Billy and Gavin reinvented themselves as LA homeboys. The real deal. The lie was their golden ticket to a dream life. With confessions from the scammers, insight from the music execs they duped and doodle reconstructions, the film charts the roller coaster story of the highs of the scam and the lows of madness and the personal toll the deception took. A film about truth, lies and the legacy of faking everything in the desperate pursuit of fame. 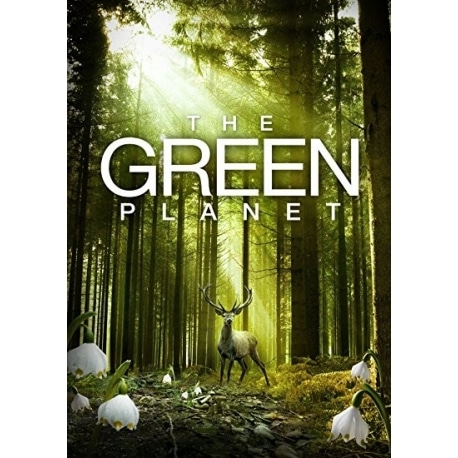 ICT for a Low-Carbon Society. 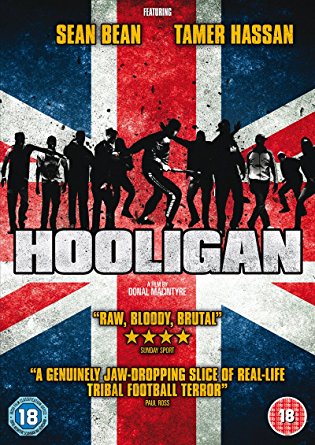 Sean Bean (Game of Thrones, The Lord of the Rings series) presents one of the hardest hitting films on football violence ever made.

The New Bev is a theater where a double feature is still $8 – cash only. A theater where David Lynch pops by for a secret Q&A and where Edgar Wright introduces our monthly midnight screening of Scott Pilgrim whenever he is in town. A theater where directors program a week of their favorite films and come down to talk about how they inspired them. A theater where Fassbinder, Romero, Scorsese and Hitchcock films all show in the same week. Where you could catch a double feature of Citizen Kane and The Magnificent Ambersons – then stick around for the midnight screening of Cool As Ice. A place where the owner and employees genuinely care about cinema and are excited to talk to you about what the ending of Primer really means, or to recommend a film you’ve maybe never heard of. Since 1978 we’ve been home to dedicated film geeks, casual moviegoers and some of the greatest directors and actors in the world – everyone is treated equally here. We’re one of the last places where that happens. 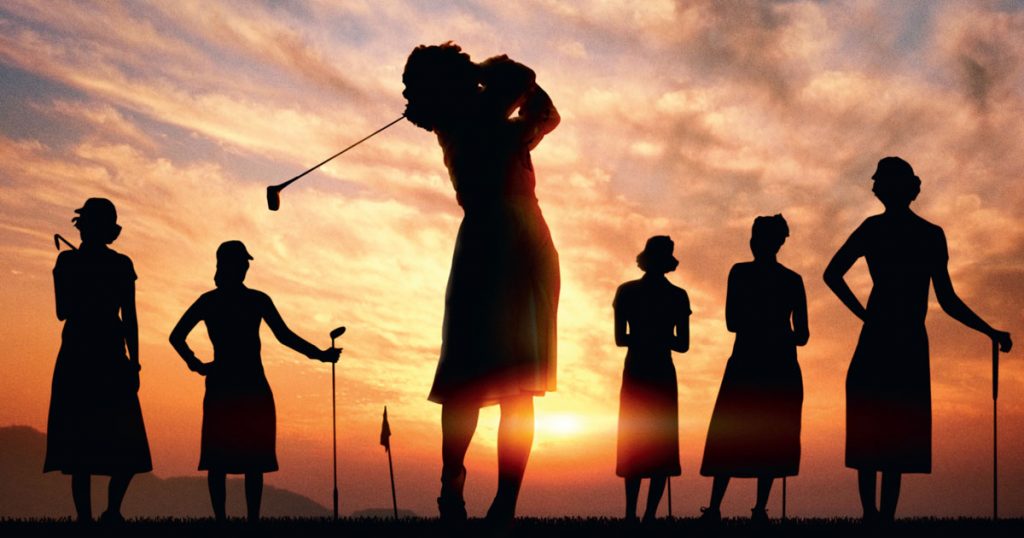 The Founders chronicles stories of the founding 13 members of the Ladies Professional Golf Association as they fought overcome incredible odds in order to form the longest running women’s sports organization in the world in the late 1940’s. Although fierce competitors in an intensely individual sport, The Founders worked as a team to shift the public’s perception of what it meant to be a lady on the links. While their male counterparts drew adoring crowds and handsome purses for their athletic achievements, The Founders used money from their own pockets to stage tournaments in small, far-flung towns that questioned whether female golfers were even worth watching. Together, they logged thousands of miles a week-marketing equipment and themselves with hit parades, clown cars and boxing rings-just for the opportunity to tee off from courses that they also had to groom. Love of the game and the ardent belief that, as much as the men, they deserved to be paid for playing fueled the determination of these sports pioneers. From the glamor girl to the consummate athlete, from the shy sweetheart to the boisterous “it-girl,” The Founders’ personalities, talents and drive collectively made the noise necessary to gain the attention of a sport long considered only gentlemen’s territory In the face of criticism, these women broke boundaries, set records and built a family. Today, the LPGA is the oldest continuing female professional sports organization in the United States, and through golf clinics, scholarship programs and thriving charitable foundations, The Founders still work to ensure that women have a lasting place on the green.

Narrated by Dominic West and featuring music from Radiohead’s Thom Yorke and Massive Attack’s Robert del Naja, Offshore Incorporated explores the highly charged issue of tax avoidance schemes as found in the UK and around the world today. The documentary comes at a time of renewed interest in the subject following the recent Panama Papers scandal.

Retweet + Follow to win a documentary prize pack on iTunes from our friends @levelFILM!
Click here for details: https://t.co/xfExJcPjxE pic.twitter.com/FMISBNsrmd