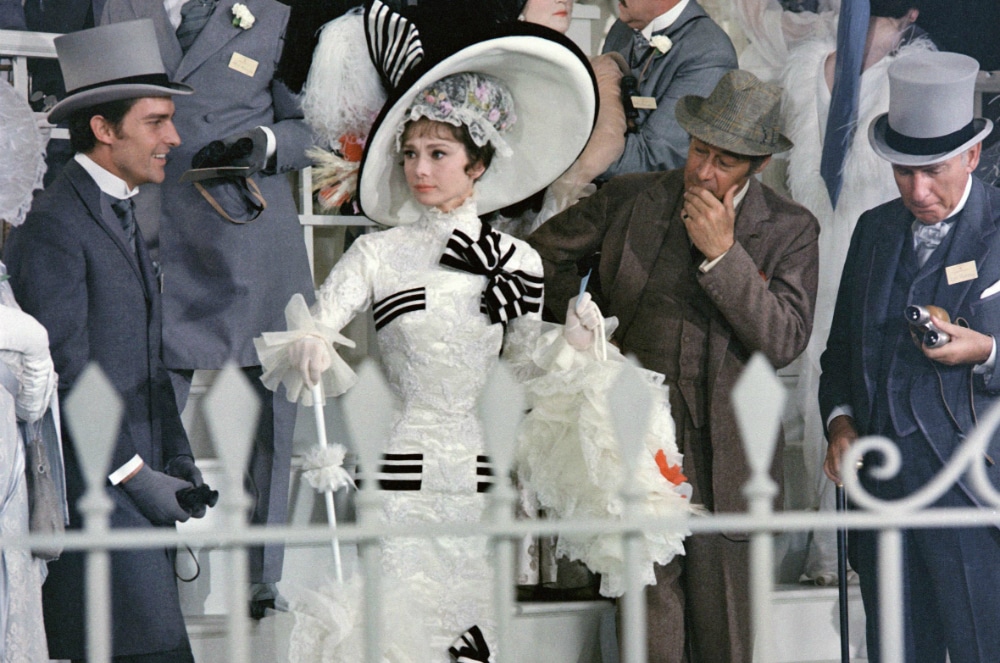 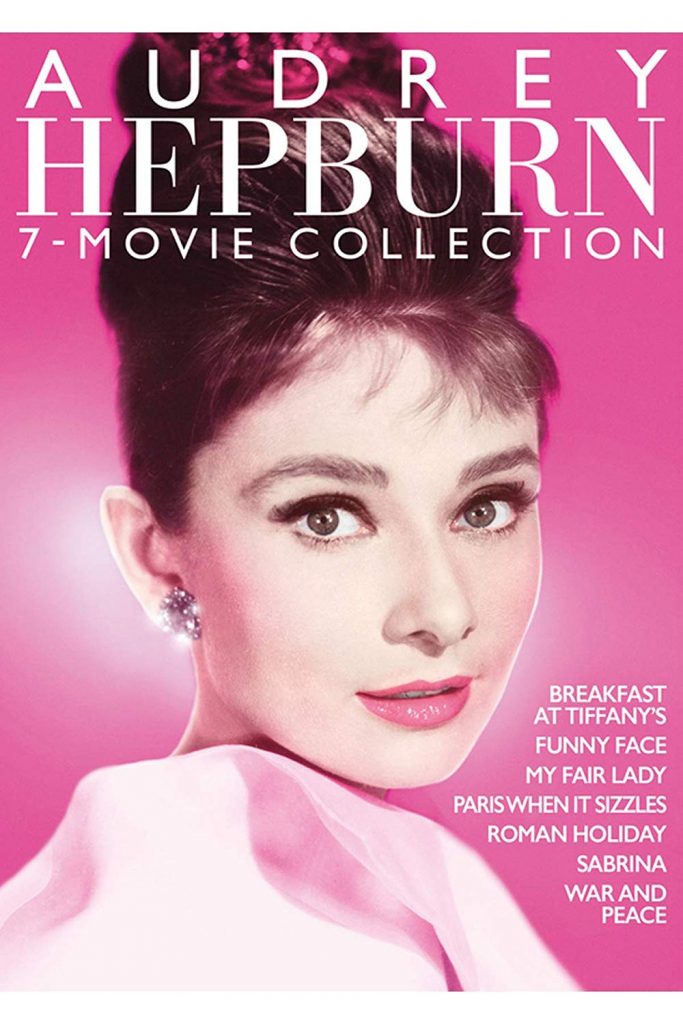 Don’t sleep on this #giveaway.

RT + FOLLOW us to #win The Audrey Hepburn 7-film collection on DVD! pic.twitter.com/GPiuS8W4KC 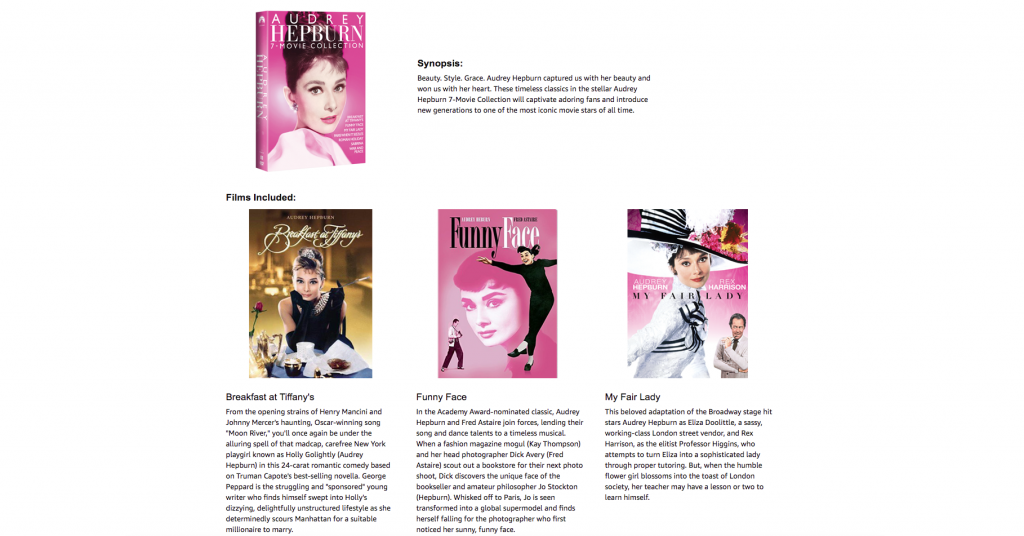 MY FAIR LADY: This beloved adaptation of the Broadway stage hit stars Audrey Hepburn  as Eliza Doolittle, a sassy, working-class London street vendor, and Rex Harrison as the elitist Professor Higgins, who attempts to turn Eliza into a sophisticated lady through proper tutoring. But, when the humble flower girl blossoms into the toast of London society, her teacher may have a lesson or two to learn himself.

WAR AND PEACE: War and Peace is a commendable attempt to boil down Tolstoy’s long, difficult novel into 208 minutes’ screen time. In recreating the the social and personal upheavals attending Napoleon’s 1812 invasion of Russia, $6 million was shelled out by coproducers Carlo Ponti, Dino de Laurentiis and Paramount Pictures. Some of the panoramic battle sequences are so expertly handled by second-unit director Mario Soldati that they appear to be Technicolor-and-Vistavision newsreel footage of the actual events. Still, the film falters dramatically, principally because of a lumpy script and King Vidor’s surprisingly lustreless direction. In addition, the casting is wildly consistent: for example, while Audrey Hepburn is flawless as Natasha, Henry Fonda is far too ‘Yankeefied’ as the introspective Pierre. Proving too long and unwieldy for most audiences, War and Peace died at the box office; far more successful was the epic, scrupulously faithful 1968 version, filmed in the Soviet Union.

BREAKFAST AT TIFFANY’S: Winner of two Oscars®, here’s the romantic comedy that sparkles like diamonds! From the opening strains of Henry Mancini and Johnny Mercer’s haunting, Oscar®-winning song ‘Moon River,’ you’ll once again be under the alluring spell of that madcap, carefree New York playgirl known as Holly Golightly (Audrey Hepburn) in this 24-carat romantic comedy based on Truman Capote’s best-selling novella. George Peppard is the struggling and ‘sponsored’ young writer who finds himself swept into Holly’s dizzying, delightfully unstructured lifestyle as she determinedly scours Manhattan for a suitable millionaire to marry. The sparkling special features on this Anniversary Edition DVD only add to the luster of director Blake Edwards’ timeless film classic. Patricia Neal, Buddy Ebsen, Martin Balsam and Mickey Rooney co-star; Mancini won an additional Academy Award® for his enthralling musical score.

ROMAN HOLIDAY: Audrey Hepburn’s Oscar winning performance in her first starring role.Roman Holiday was nominated for ten Academy Awards, and Audrey Hepburn captured an Oscar for her portrayal of a modern-day princess, rebelling against the royal obligations, who explores Rome on her own. She meets Gregory Peck, an American newspaperman who, seeking an exclusive story, pretends ignorance of her true identity. But his plan falters as they fall in love. Eddie Albert contributes to the fun as Peck’s carefree cameraman pal. Stylishly directed by William Wyler, this romantic comedy ranks as one of the most enjoyable films of all times.

SABRINA: Isn’t it romantic…Sabrina is charming, humorous and aglow with some of Hollywood’s greatest stars. Humphrey Bogart, William Holden and Audrey Hepburn star in a Cinderella story directed by renowned filmmaker Billy Wilder (Sunset Boulevard, Some Like It Hot). Bogie and Holden are the mega-rich Larrabee brothers of Long Island. Bogie’s all work, Holden’s all playboy. But when Sabrina, daughter of the family’s chauffeur, returns from Paris all grown up and glamorous, the stage is set for some family fireworks as the brothers fall under the spell of Hepburn’s delightful charms.

PARIS WHEN IT SIZZLES: Richard Quine directs George Axelrod’s acerbic script (adapted from Julien Duvivier’s La Fête à Henriette) in this romantic comedy that reunites William Holden and Audrey Hepburn for the first time since 1954’s Sabrina. Holden plays Richard Benson, a Hollywood screenwriter being pressured by movie producer Alexander Meyerheimer (Noël Coward) to finish his script entitled ‘The Girl Who Stole the Eiffel Tower.’ Meyerheimer gives Richard a two-day ultimatum to complete his work, unaware that Richard has yet to even start on the script. In an effort to get moving on his project, Richard hires a live-in secretary, Gabrielle Simpson (Audrey Hepburn), to help him. Soon enough, the two fall in love and spend the time enacting various scenes from the unwritten screenplay as the time slips away and Richard’s deadline looms.

FUNNY FACE: This filmed version of the 1927 George Gershwin Broadway musical Funny Face utilizes the play’s original star, Fred Astaire, and several of the original tunes, then goes merrily off on its own. Astaire is cast as as fashion photographer Dick Avery (a character based on Richard Avedon, the film’s ‘visual consultant’), who is sent out by his female boss Maggie Prescott (Kay Thompson) to find a ‘new face’. It doesn’t take Dick long to discover Jo (Audrey Hepburn, who does her own singing), an owlish Greenwich Village bookstore clerk. Acting as Pygmalion to Jo’s Galatea, Dick whisks the wide-eyed girl off to Paris and transforms her into the fashion world’s hottest model. Along the way, he falls in love with Jo, and works overtime to wean her away from such phony-baloney intellectuals as Professor Emile Flostre (Michel Auclair). The Gershwin tunes include the title song, ‘S’wonderful’, ‘How Long Has This Been Going On’ and ‘He Loves and She Loves’; among the newer numbers is Kay Thompson’s energetic opener ‘Think Pink’. For years available only in washed-out, flat prints, Funny Face was eventually restored to its full Technicolor and VistaVision glory.

The Audrey Hepburn 7-film collection is available on DVD on February 5!