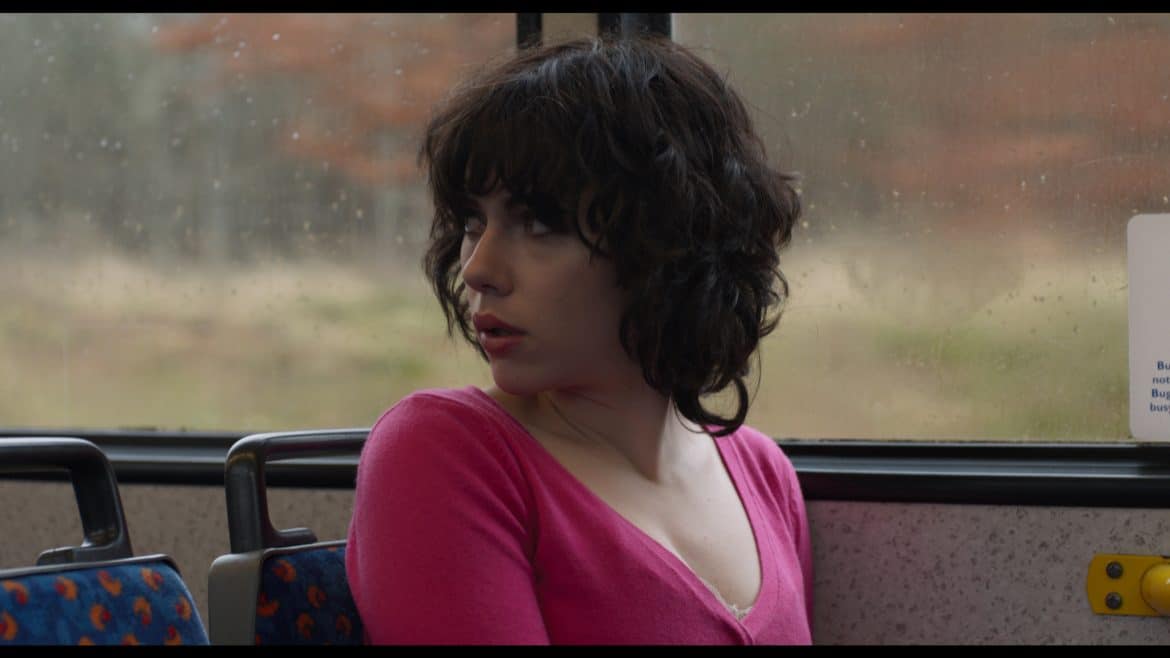 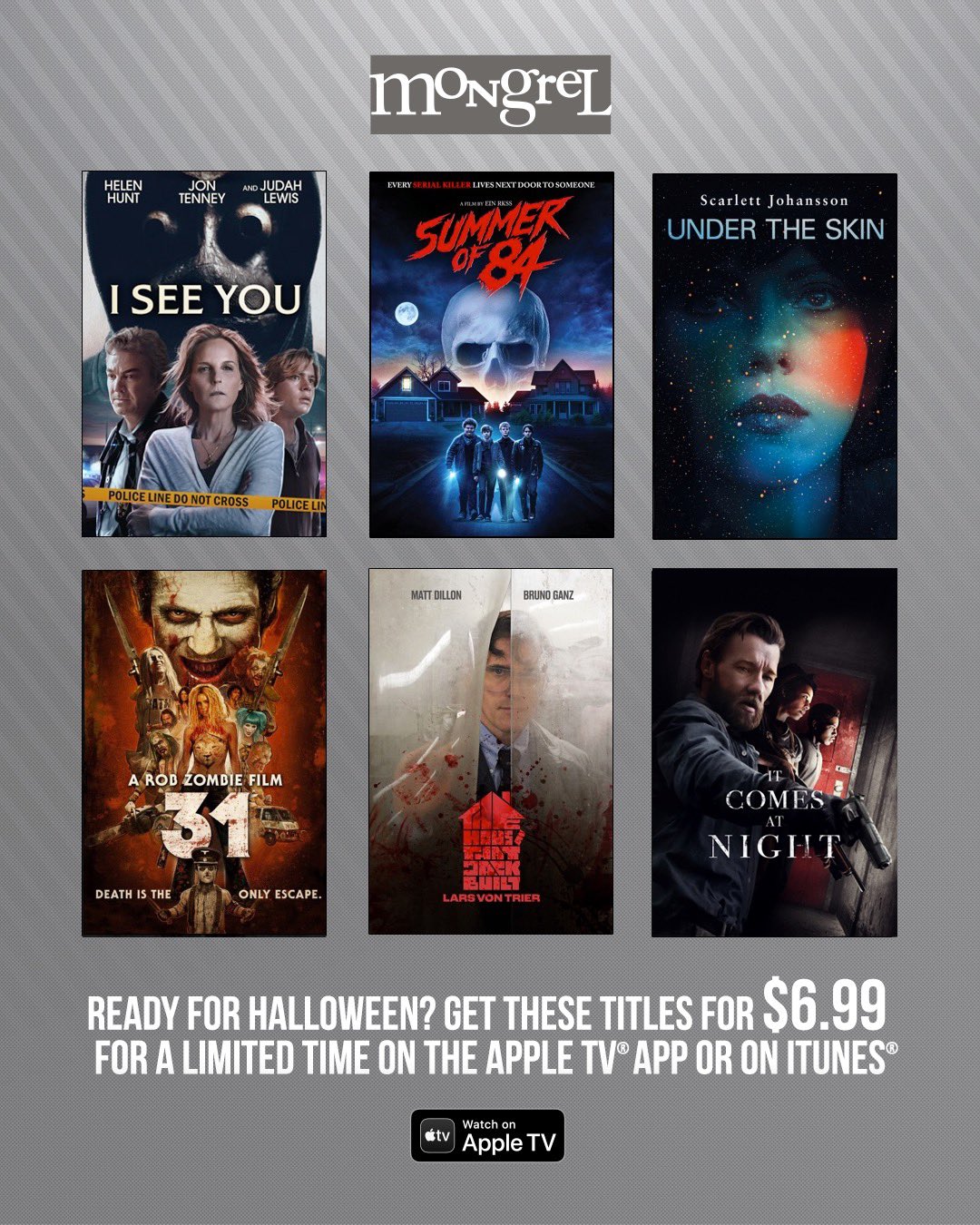 Prize Pack includes: 1 Apple TV/iTunes download each of I See You, Summer of 84, Under the Skin, 31, The House that Jack Built, It Comes at Night

In this nail-biting thriller starring Helen Hunt, strange occurrences plague a small-town detective and his family, as he investigates the disappearance of a young boy.

In the summer of 1984, four teens suspect that their neighbour, a police officer, might be the serial killer being featured on the local news.

From visionary director Jonathan Glazer (SEXY BEAST, BIRTH) comes a stunning career transformation, a masterpiece of existential science fiction that journeys to the heart of what it means to be human, extraterrestrial – or something in between. A voluptuous woman of unknown origin (Scarlett Johansson) combs the highways in search of isolated or forsaken men, luring a succession of lost souls into an otherworldly lair. They are seduced, stripped of their humanity, and never heard from again. Based on the novel by Michael Faber, this film examines human experience from the perspective of an unforgettable heroine who grows too comfortable in her borrowed skin, until she is abducted into humanity with devastating results.

Rob Zombie’s latest follows five carnival workers who are kidnapped and forced to participate in a violent game, the goal of which is to survive twelve hours against a gang of sadistic clowns. Welcome to 31.

The House that Jack Built

The story follows Jack, a highly intelligent serial killer over the course of 12 years and depicts the murders that truly develop Jack as a serial killer.

It Comes At Night

Imagine the end of the world. Now imagine something worse. Award-winning filmmaker Trey Edward Shults follows his breakout debut KRISHA with the psychological horror-thriller IT COMES AT NIGHT, centring on a teenaged boy (Kelvin Harrison, Jr.) as he grapples with mounting terrors — external and otherwise — in the aftermath of an unnamed cataclysm. Secure within a desolate home with his vigilant, protective and heavily armed parents (Joel Edgerton and Carmen Ejogo), 17-year-old Travis navigates fear, grief and paranoia amid scarce resources as a desperate young couple (Christopher Abbott and Riley Keough), with their own child, seeks refuge in his family home. Despite the best intentions of both families, panic and mistrust boil over as the horrors of the outside world creep ever closer. But they are nothing compared to the horrors within, where Travis discovers that his father’s commitment to protecting the family may cost him his soul.