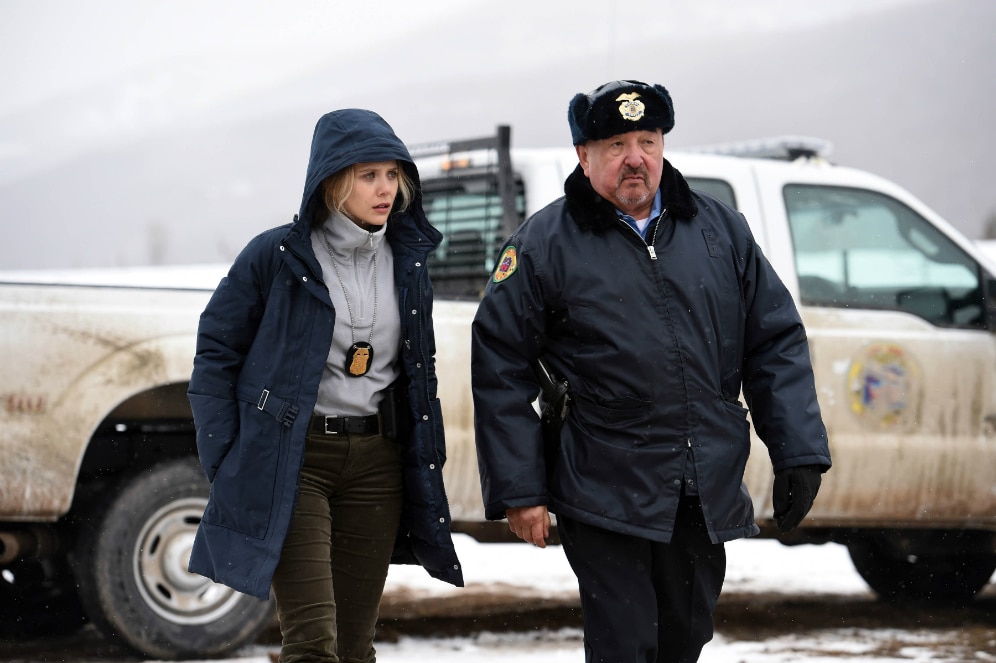 Wind River is such an icy blast of a movie that reviews joking that it stars two of the Avengers (Elizabeth Olsen and Jeremy Renner) seem to be missing the point. This is a brutal film, and the walkouts in the screening that we attended, (not many, just some), suggest that a lot of audience members are not ready to take the journey. The film takes place at the Wind River Indian Reservation (hence the title), and was shot on location in Park City, (and ironically first screened at the Sundance Film Festival in the same location). It stars Renner as Cory Lambert, who is first seen shooting a wolf. So right away, if this is offensive, look away, though the central metaphor of the film comes into very clear focus early on.

In due course, we see that he discovers the body of a young girl, who is clearly not where she is supposed to be. The discovery opens deep wounds with his ex-wife (Julia Jones), and leads a murder mystery spearheaded by Jane Banner (Olsen), who has arrived from Las Vegas for the FBI, and the idea is that she is out of her comfort zone both physically and metaphorically. The surprise of Taylor Sheridan’s film is that there is one more twist expected at the end that does not happen after some shocking reveals throughout the film. Sheridan wrote Sicario and Hell or High Water, and directed this one as well, and while his strengths show, it would have been quite fascinating to see what a seasoned director would have done with the solid material.

Some of the performances in the film surprise. Gil Birmingham does what he can with limited screen time. Renner is fine, as is Olsen, but Graham Greene is a standout, as is Jon Bernthal in what is little more than a walk-on cameo. Canadian Hugh Dillon also brings some heft to a surprise turn.

In short, Wind River brings some serious chill to a summer of movies, and makes for worthwhile, albeit uncomfortable, viewing.

Wish You Were Here Review