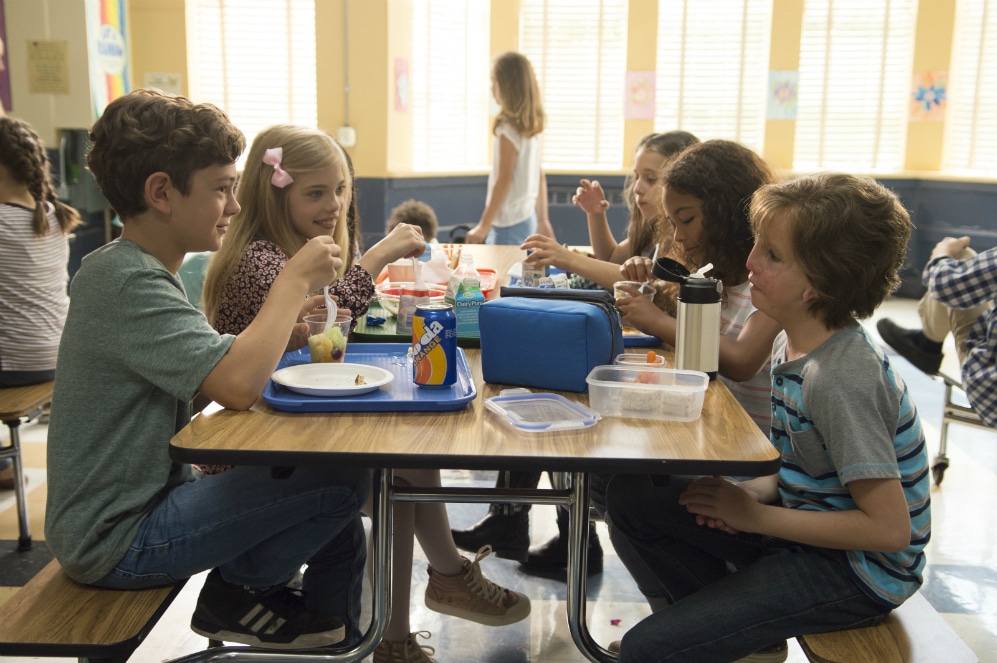 With the film’s mantra in mind, I will #choosekind and try to only look at the positive attributes of Wonder. Based on R.J. Palacio’s multiple award-winning children’s book of the same name, the film is an overly earnest lesson to teach kids (and let’s face it, adults can use the same exercise) to treat others with compassion and respect, no matter what they look like.

Everyone’s favourite Canadian child actor, Jacob Tremblay, plays August “Auggie” Pullman, a ten year-old child born with Treacher Collins syndrome that, after years of surgical procedures, has left him with a facial disfigurement. This isn’t The Mask though, he’s still gosh darn adorable and intelligent (both emotionally and mentally) beyond his years.

In the hopes of finishing her Master’s thesis, his supportive mother Isabel (Julia Roberts) decides to stop home schooling precocious Auggie and sends him off to grade five at a local elementary school. With the support of his teacher (played by Hamilton and Unbreakable Kimmy Schmidt‘s Daveed Diggs) and principal (played by Mandy Patinkin…and no, neither of them ever sing, much to my chagrin), Auggie wins over the school bullies and helps rekindle the friendship between his overlooked sister (the magnetic Izabela Vidovic) and her former best friend Miranda (Danielle Rose Russell).

Though the film’s screenplay and choppy editing doesn’t make clear how exactly Auggie transforms everyone around him, wunderkind Tremblay continues showcasing his knack for surrounding himself with strong on-screen maternal figures. Much like Naomi Watts (Shut In and The Book of Henry), Vera Farmiga (Burn Your Maps), and, most memorably, Brie Larson (Room) before her, Julia Roberts gives one of the most nuanced performances of her career opposite Jacob Tremblay.

Despite its sappy sentimentality, Wonder is a heart-warming film everyone in the family will enjoy.