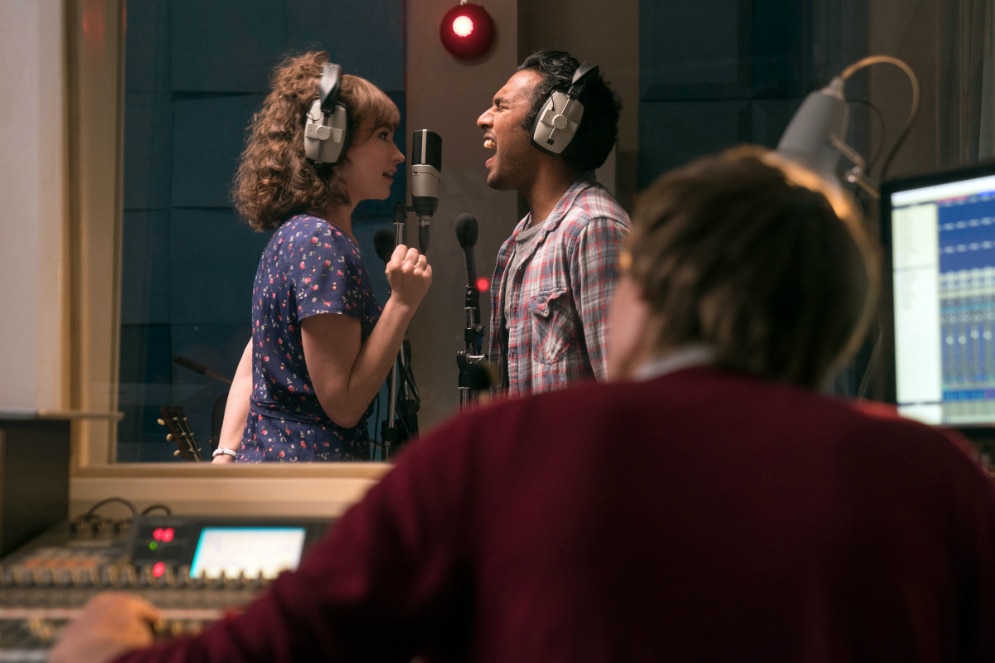 Yesterday is the type of movie that starts out all big and bouncy and happy and feels like something kind of special, but then quickly devolves into a lifeless, sexist snore. The premise of the jukebox musical is that the main character of Jack Malik (played, without much charm, by newcomer Himesh Patel) experiences some sort of worldwide blackout that feels kind of like the snap from Thanos in the Avengers finale, but instead of wiping out half of humanity, here half of the world’s cultural output has been erased. Jack wakes up as one of the few people that remember that the Beatles existed (as well as Oasis, Coca-Cola, cigarettes and a certain boy who lived). But the real kicker is that Jack’s friend, long-suffering manager, and schoolteacher on the side (who is dowdy and provincial and not long for a plot line of her own), is played by the not-at-all believable in this particular role, Lily James (one-upping her Baby Driver character for a complete lack of agency). Her character’s sole purpose seems to be as Jack’s certifiable stalker (at one point showing up to see him in Liverpool, 379 miles from their home town in Suffolk, just ’cause).

It’s frustrating how Danny Boyle, but especially Richard Curtis, took all of the most sexist elements of Love Actually and About Time, and combined them with light fantasy. Even worse is that my audience ate the whole thing up, diminishing some pretty entertaining and goosebump-inducing sequences that all involved the Beatles.

Skip this excuse for women not getting to experience any sort of agency or decisions of their own and instead watch Julie Taymor’s Across the Universe. Even though it was released over ten years ago,  that unique Beatles musical feels much fresher and more egalitarian than this ancient excuse for putting women on the sidelines. Lily James is not always the greatest of actresses (the less said about The Exception the better), but I wish her agent could find her a movie that suits her talents and make use of her megawatt charm. Even in Cinderella, in which she was waiting for her prince to come, she at least had something to do.