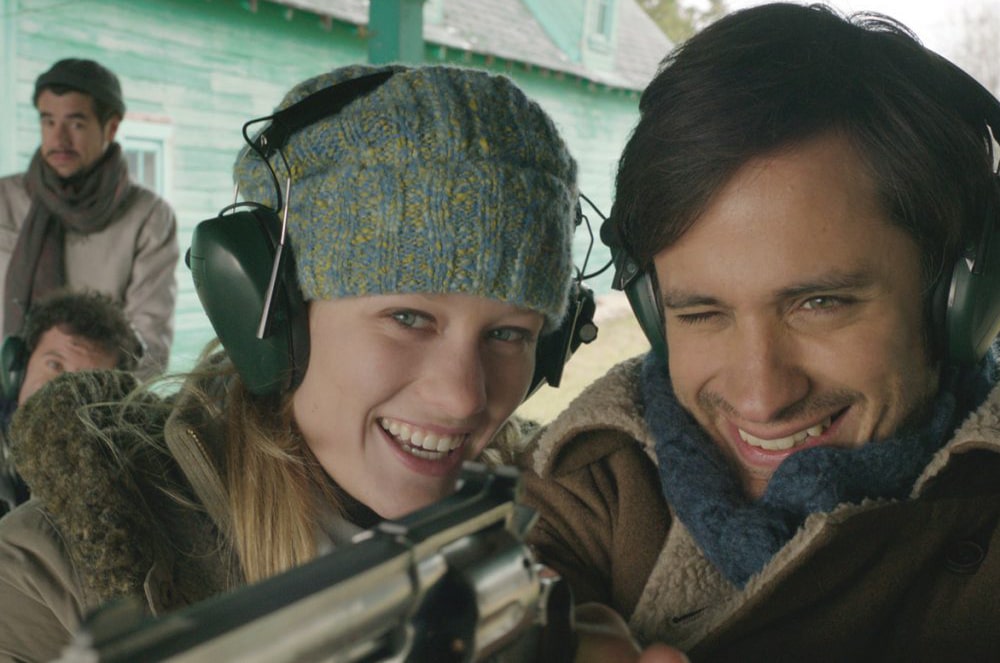 You’re Killing Me Susana is a throwback movie with a twist, the type of film that does not often get released, for better and for less better.

It is a surprisingly adult comedy / drama, mostly comedy, that happens to be mostly in Spanish. Gael Garcia Bernal continues his renaissance as a comic actor that doesn’t really do anything particularly comedic but comes off as funny anyway (see Zoom, Neruda, Mozart in the Jungle…)

But the real surprise of the movie is Verónica Echugui’s as the titular Susana. Echugui disappears early on in the film and the movie lacks her presence, so when she turns up in small town Iowa (not Heaven, in actuality, Winnipeg) about forty minutes later, after being chased down by Bernal’s Eligio (a great name by the way and used to comic effect) we are much better for having found her, in the gigantic arms of Slawomir (Björn Hlynur Haraldsson), a sensitive poet.

Much of Robert Sneider’s film based on a 1982 novel shouldn’t work, as a comedy about marital infidelity with such a title (You’re Killing Me Susana seems to be a figurative declaration by Eligio, not a literal one), but the Mexico City couple seem to be made for each other, even when the film boils down to one person deserting the other (figuratively or literally) for long stretches of time.

The film should appeal to those tired of recent studio portrayals of dysfunctional marriages (I can think of Gone Girl and that’s about it). You’re Killing Me Susana is a lighthearted romp with definite political undertones in Eligio and his inability to understand American regional culture.

The film was not likely intended to serve as a political comedy, (Neruda much more explicitly so, not always to its effect), but You’re Killing Me Susana is a trip worth taking.

I enjoyed going to your webiste. I rarely leave comments,
but
you definately up deserve a thumbs!