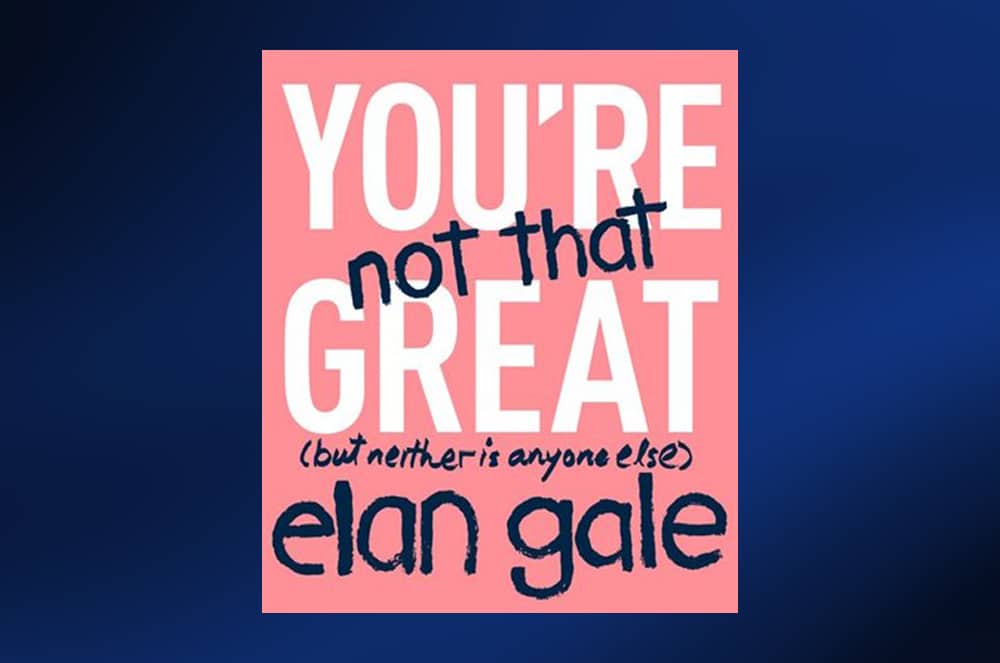 I wasn’t sure quite what to expect from Elan Gale’s book You’re Not That Great. Obviously, it would be irreverent with this sort of title and from someone who advertises himself as being a “producer of The Bachelor“. Though I was expecting a little bit more of a heftier book, and this seemed to be a bit of a featurette or a pamphlet wrapped up into book form. I certainly didn’t expect to be nodding along from the first few pages, and highlighting and even folding back pages on the corners. Because it turns out that this “anti-self-help book”, which seems to be part of a growing book empire for Gale, (he already alludes to a coming book that isn’t this one), is funny and really eye-opening without being mean-spirited. The closest and most similar comparison to be drawn is The Rules or Greg Behrendt’s He’s Just Not That Into You, but both of these books are applicable to one realm, and this one is across the board. Despite his pedigree and day job, Gale just isn’t that into restricting his writing to the realm of dating, but it is certainly applicable in this realm.

At its core, it resembles something of a memoir, as there are moments that Gale delves into his personal life, and tells some pretty depraved stories, (only the stories aren’t as depraved as the outcomes). Clearly, this is a person that has struggled with addicition and with self-loathing and all that comes with it, but there are no easy answers. A book like this one in a more serious vein would have had a person finding salvation from the outside, though for Gale, and this is the message that truly resonates, change must come from within. It’s an eye-opener, both to to himself and especially to the complacent reader that our willingness to accept the Status Quo and “it is what it is” limits us from tapping into our pure potential and we constantly reassure ourselves to prevent this very thing from happening. So it’s a fine time for you to read the book and learn this method for yourself.

You’re Not That Great: (but neither is anyone else) was provided by Hachette Book Group Canada in exchange for an honest review. It may be purchased from your friendly independent bookseller or other fine bookstores.