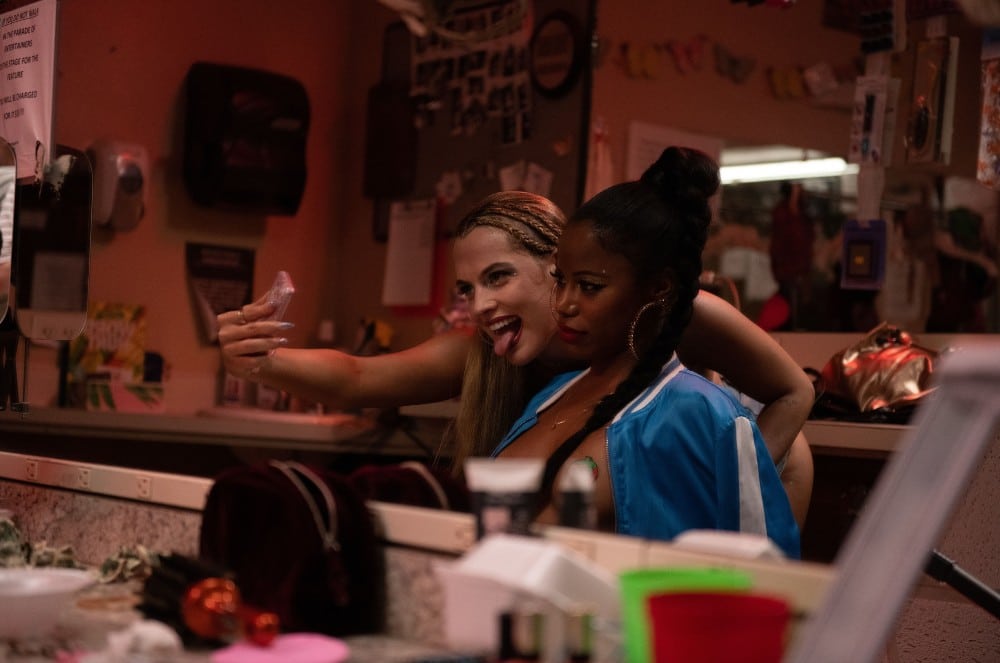 Basing a film on a Twitter thread is either an exciting idea or a sign of just how far culture has fallen. As a dedicated user, I’m inclined towards the former and also curious to see what kind of art is possible along this new frontier. In that spirit, we approach the new film Zola, directed by Janicza Bravo and co-written with Jeremy O. Harris, but most notably: based on tweets by A’Ziah King. Can a film built on 148 tweets actually work? To confirm: yes, it can.

Like much Twitter ephemera, I knew the general story of Zola going in, but not the details of its thread. For Bravo, those details—sounds, textures, and other unmentionables—are important in shaping her film’s journey. Working as a waitress and sometimes stripper, Zola (Taylour Paige, in a breakout performance) decides to join Stefani (Riley Keough, still searching) on a trip to Florida for a money-making weekend. Gradually, their trip turns sour, thanks in part to the presence of X (Colman Domingo) and Derrek (Nicholas Braun, an inspired casting choice), but also because of the fast-talking of Stefani herself—and the stark realities of their late-night business. So what starts as a sexy film becomes all about the work, what people can get away with while on the clock, and what they can’t get away from. Having drawn its inspiration from the random pivots of Twitter, Bravo paces her film in a similar fashion, with abrupt cuts, ugly transitions, and a flair that can be both captivating and (all too) fleeting. It’s clever filmmaking matched by Zola’s sharp efforts to survive and return home safely.

Unlike Hustlers, a glammed-up tale of pseudo-girl power, Zola has a much firmer grip on reality, however absurd or even unbelievable it seems. That the film also feels wholly chaotic is the point—it admits as much right off the top. And that it can’t necessarily hope to satisfy with its climax should come as no surprise either. That’s just part of the job.