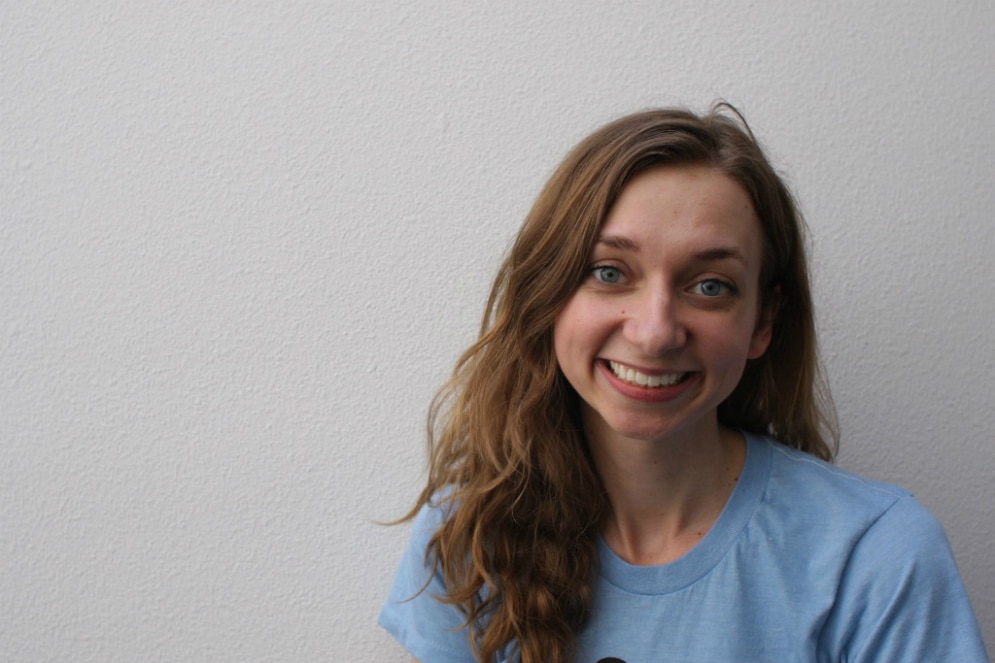 Let’s just get this out of the way: Lauren Lapkus is really funny. Her characters on Comedy Bang! Bang! have made quite an impression and she lends her considerable voice talent to Harvey Street Kids (Dreamworks Animation), which will be streaming on Netflix beginning June 29th.

We spoke to Lapkus and talked way too much about The Bachelorette, but also about Harvey Street Kids and a show that she believed was cancelled a little prematurely.

Here is an edited and condensed version of our conversation with Lauren Lapkus.

Brief Take: How did you craft the voicing of your character, Lotta?

Lauren Lapkus: It was very cool getting to bring these characters into a modern world. I really took my inspiration from Lotta’s character and how she likes to react to things. She’s really sweet and really loving, but she can also love too hard and be really aggressive in a really fun way. I wanted to play with both sides of that, so I went with a higher voice for her initial loving, sweet, normal side, and then it got really shouty and hokey for her freak-out moments [laughs].

The character of Lotta is so comfortable with herself that it was just really gratifying for me. I love how she handles herself in situations, and she’s always the best in a situation, but she’s also not afraid to stand up for herself if she doesn’t like how something is going, and those are traits that I really like.

BT: Do you get to improvise?

LL: I think that it’s something that happens naturally when we’re all in the room together and doing the scene with each other. It tends to happen that we add in little things, or tend to have a little reactionary moment that isn’t necessarily in the script. The scripts themselves are so funny that we don’t need to do much to enhance them, so we’re really lucky for that. 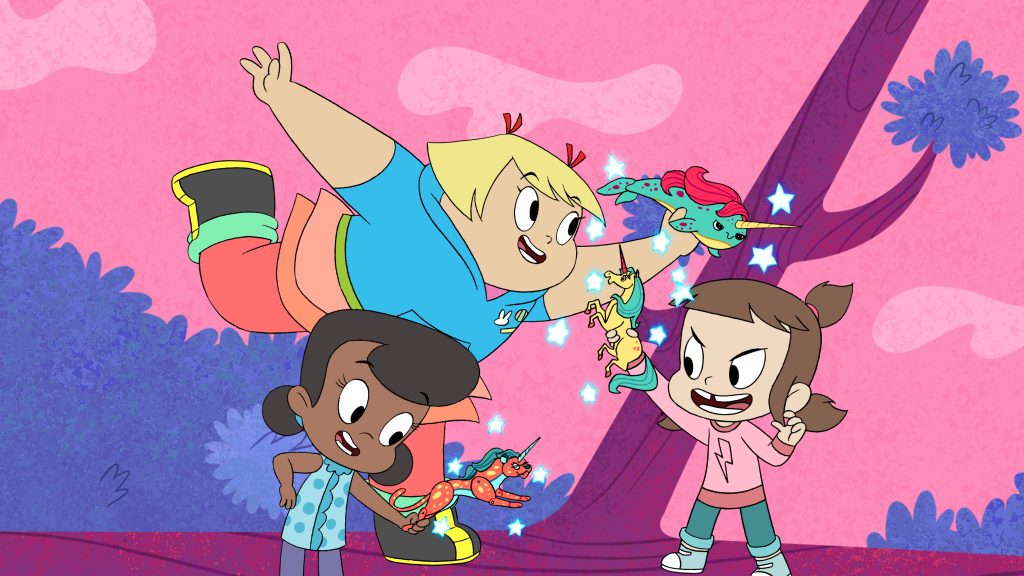 BT: How often do you get to be in the booth?

LL: We’re in there pretty much every week, so it’s a regular thing that we did together and for the most part, we try to have as many of the actors there as we can. Typically it will be me and Kelly McCreary and Stephanie Lemelin, who play Dot and Audrey, and then Atticus Shaffer, who plays Melvin, and Danny Pudi, who plays Tiny, will be in there as well. We try to do it as much as we can, but usually people’s work schedules are the only thing standing in the way of that happening.

BT: In many ways, Harvey Street Kids is a very modern show.

LL: Yeah! Yeah, that’s what’s so cool about it – it’s something that anybody of any age can relate to, but it’s really about kindness, compassion and friendship. It’s also about wanting to stay young and being yourself and being confident in who you are, there’s just a lot of those messages. One of the things that I love is that we don’t really draw attention to the fact that Audrey, Lotta and Dot are standout characters on the show, but they definitely carry the stories and are confident characters that are supportive of each other. They don’t have fights within their friendship; it’s a really positive, supportive group of female characters.

BT: What was the process like of getting to know each other?

LL: What’s fun about voiceover and animation work is that you can jump right in together. We’ve really gotten to know each other just through the process of being in that booth and doing the scenes with them. There’s a little bit of downtime in which we talk about our lives and now I feel like I have friends. 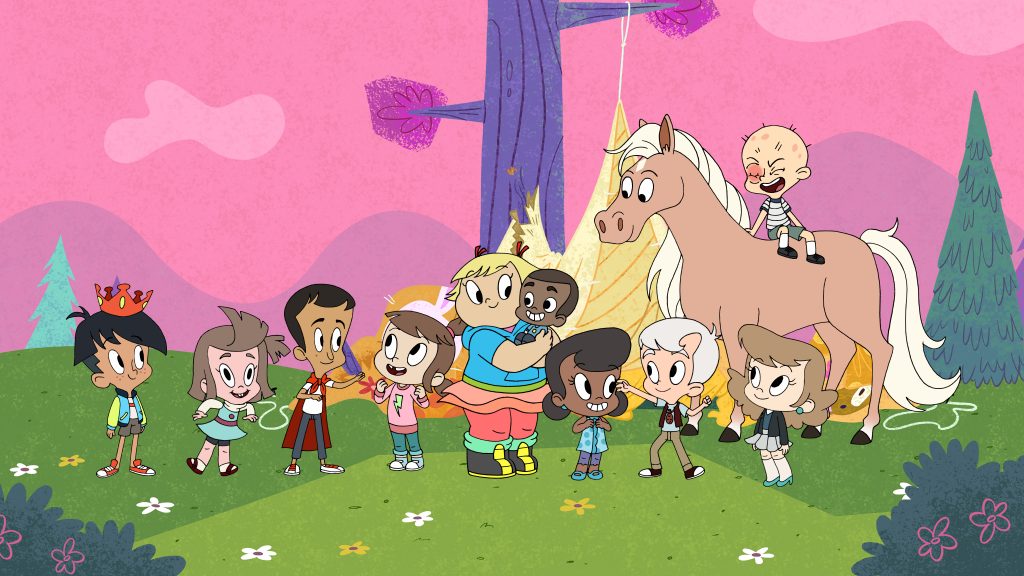 BT: What were your favourite episodes?

LL: I’m obsessed with Crush4U, the boy band, about as much as Lotte is. Nick Lachey, Joey Fatone, Joey McIntyre and Shawn Stockman, I grew up loving those guys myself, so it’s very cool to play a character who’s obsessed with them and gets to have her moments with them, and the songs that they do are so great. I also like the episode in which Lotta had a secret that she shares with a flock of parrots and she’s so worried that anyone’s going to find out. Telling a parrot a secret probably isn’t such a great idea, because they’re very talkative birds.

BT: How do you bring your characters on Comedy Bang! Bang! to life?

LL: On Comedy Bang! Bang! we come in with a character in mind, then improvise from there. I will really take the grain of an idea of something that I’m inspired by and for example, with Regina Crimp, in my mind, I was watching America’s Funniest Home Videos and the theme song is sung by this amazing singer with this amazing voice, and I was like, “where’s this woman now?”, and I could just picture her with her big hair, sort of rocking out and I wanted to imagine that person’s life. Of course on Comedy Bang! Bang! it can only be completely insane, there is no basis in reality for anyone there. I heard the song and it sort of came from there.

BT: How do you maintain your composure during a bit like Kid Detectives with Thomas Middleditch?

LL: I’ve known Thomas Middleditch for a while, we actually started out doing improv together in Chicago. He’s from Canada, actually, but we met in Chicago about fifteen years ago doing improv, so he’s someone with whom I love performing. So when we got on Comedy Bang! Bang! together, it was really natural that we’d want to do two characters that were improvising together and coming up with a storyline together, so it was very hard not to break when performing a show like that with him. Just in general you break a lot. I love those characters and that’s one of the darkest, most twisted things ever, but it’s so fun to me. [laughs]

BT: Keeping it Canadian, shout out to Sunny and Chazmin with Tatiana Maslany and Kristian Bruun!

LL: Yes, I love them! They’re so great. Tatiana, I mean all of the Canadians with whom I’ve worked have been the nicest and funniest and coolest people. Doing Sunny and Chazmin with Paul F. Tompkins, I mean, I love performing with Paul, he’s so funny, and I’m always surprised by the stuff he says, so it’s really great to do stuff with him. My new podcast is Threedom with him and Scott Aukerman, and it’s a chance to take a break from being characters and we really just talk as ourselves. If you want to imagine what it’s like to be a fly on the wall at one of our hangouts, that is what it’s going to be like. It’s crazy, we all interrupt each other constantly and we don’t let each other finish a story. Hopefully it’s still very funny along the way. 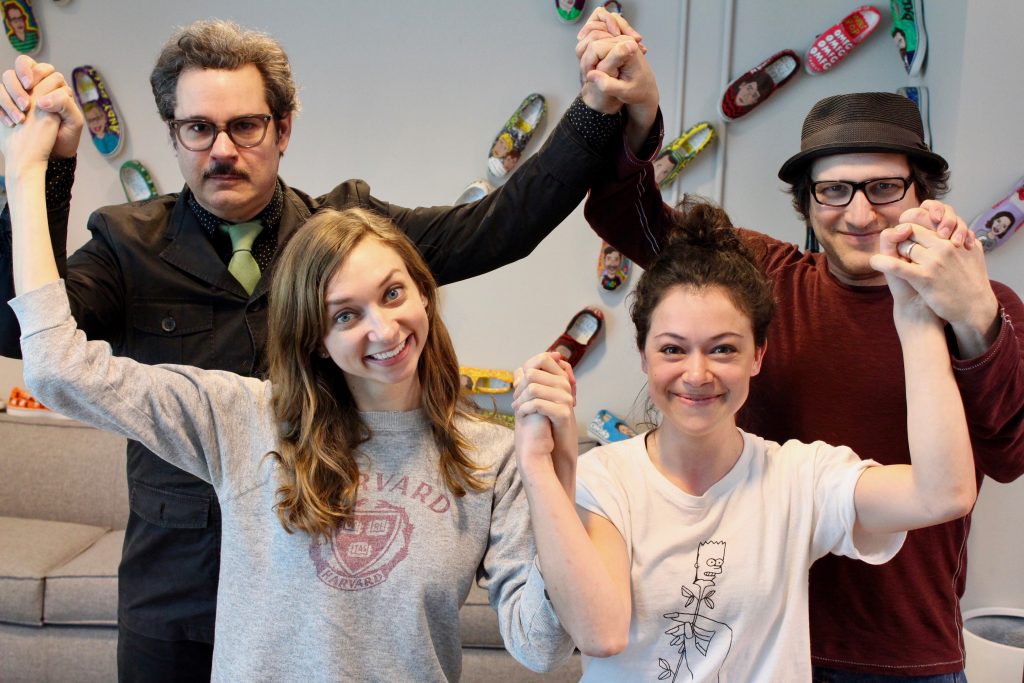 BT: You’ve got a lot of exciting projects on the go.

LL: Yeah, so I’m currently filming Season 3 of Crashing for HBO, which has been great. I have a couple of movies coming out this fall – there’s The Unicorn, and in the winter I have Holmes and Watson, with Will Ferrell and John C. Reilly. It’s a Sherlock Holmes film and I’m very excited about that.

BT: Being on Orange is the New Black must have been great too.

LL: It was! It was so cool that it was one of the first Netflix shows ever created, so it was like before House of Cards even came out. So we really had no sense of what the reaction would be and how many people would be watching it, so it was really thrilling to be a part of that show and to see the response. People talk to me on the street about that show so I feel really grateful for the opportunity that I got to be a part of that.

BT: You’re a big fan of other shows too, like Everything Sucks.

LL: I was so bummed about that cancellation because their main storyline is just so important right now. The lead character is a teen girl figuring out her sexual identity and I think that they told it in such an interesting and relatable way. I was really disappointed that they didn’t give it a second season! I was bummed. I loved it and it was so cute, and I also love nineties throwback stuff so it kind of hit me on every level. It was great.