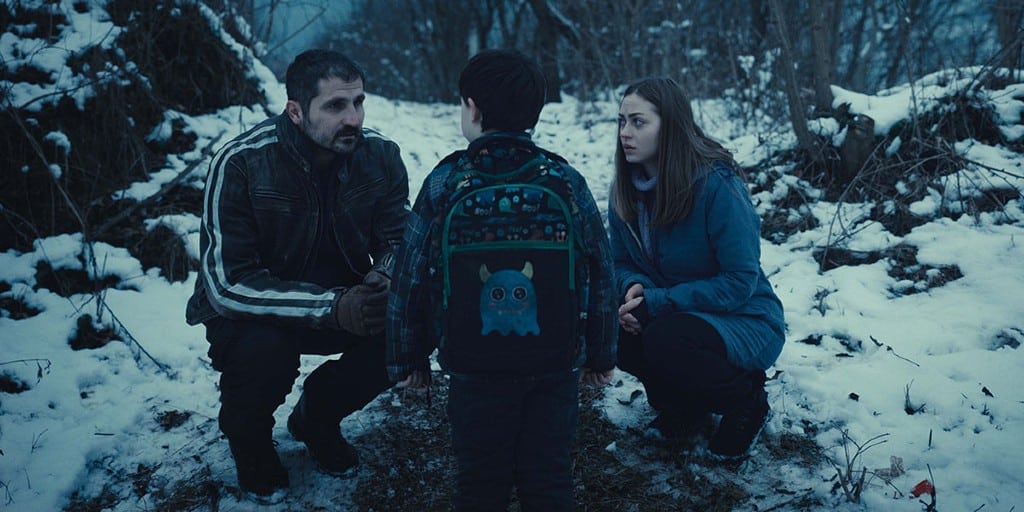 As a thesis, the idea that small-town Romania is built on various xenophobic beliefs could be guessed. This may be a racist thought itself, yet writer-director Christian Mungiu’s film R.M.N. confirms its truth anyway: owing to the vagaries of history, there are many ugly layers to even just one town—to say nothing of a nation, a continent, and the world.

That sense of global scale informs R.M.N. due in part to the scope of the film’s geography, but also through its sheer filmmaking scale. Mungiu starts small, introducing us to a slaughterhouse worker, Matthias (Marin Grigore), quickly on the run in Germany, who returns home for Christmas to find himself tangled in various threads of intrigue. Matthias’ son has been scared into silence, his father figure Papa Otto (Andrei Finti) is in poor health, and his erstwhile lover Csilla (Judith State) is embroiled in a growing crisis; the local bakery operation for which she works has hired Sri Lankan workers, lighting a slow-burn fuse towards something explosive in town. Aided by icy widescreen compositions from cinematographer Tudor Vladimir Panduru, Mungiu manages these characters and his story’s tension with a master’s touch. The film’s central setpiece, a long single-shot community meeting, is almost preposterous in its brilliance and density. To make a great film around this aforementioned thesis would need filmmaking of this calibre, and in short: Mungiu delivers.

Now, much will be made of R.M.N.‘s ending, in which Mungiu’s story appears to dissolve just as its edges were sharpening into a point. Ironically, the film’s density almost works against him here. After tying various visual and narrative ideas together for two hours, perhaps there’s just no finale that would satisfy. Or maybe Mungiu is confirming something else: there is no answer in the darkness before us.