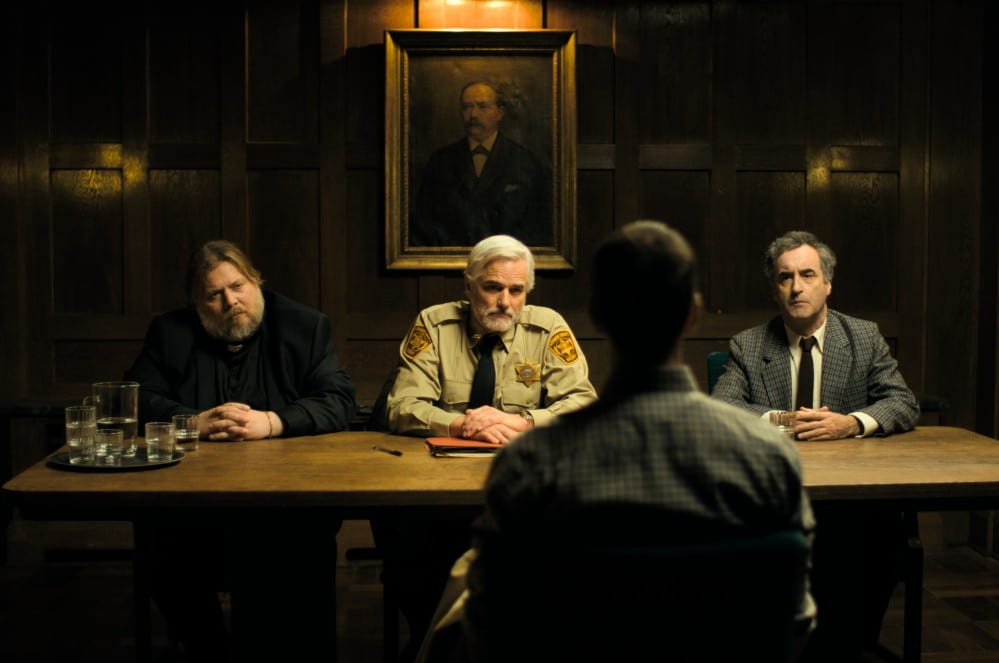 Forgive me, I spent most of The Middle Man‘s runtime guessing at where it was shot. With American flags everywhere, we’re meant to assume Karmack, the fictional setting of director Bent Hamer’s film, is Anytown, USA. But many of the actors—including the lead—are Norwegian, which makes sense given the source material (Lars Saabye Christensen’s novel Sluk). And then there are the conspicuous Canadians, namely Paul Gross and Don McKellar. So, what gives?

The Middle Man is about Frank Farrelli (Pål Sverre Hagen) and his new job as his town’s deliverer of bad news. After a vetting process led by Gross’ sheriff, Frank waits to tell the next of kin that an accident has happened, someone is in the hospital, a loved one has died. It’s grim and surreal work, yet Hamer takes a far more dry—if not quite wry—approach. The characters here are all small-town archetypes (the local drunk, the priest, the crank, etc.), and that goes for Farrelli too. What starts as a movie about a depressed town becomes a study of one meek man’s slow escape from it. Along the way, the film explores a few bizarre situations—amounting to different types of mishaps—until Frank figures this out.

I won’t spoil the details of that reveal. Though I also suspect by the end of The Middle Man, you won’t really care. Hamer shot portions of the film in Sault Ste. Marie though, which is something to imagine. All that noteworthy talent up north making a strange film, and then just… moving on.