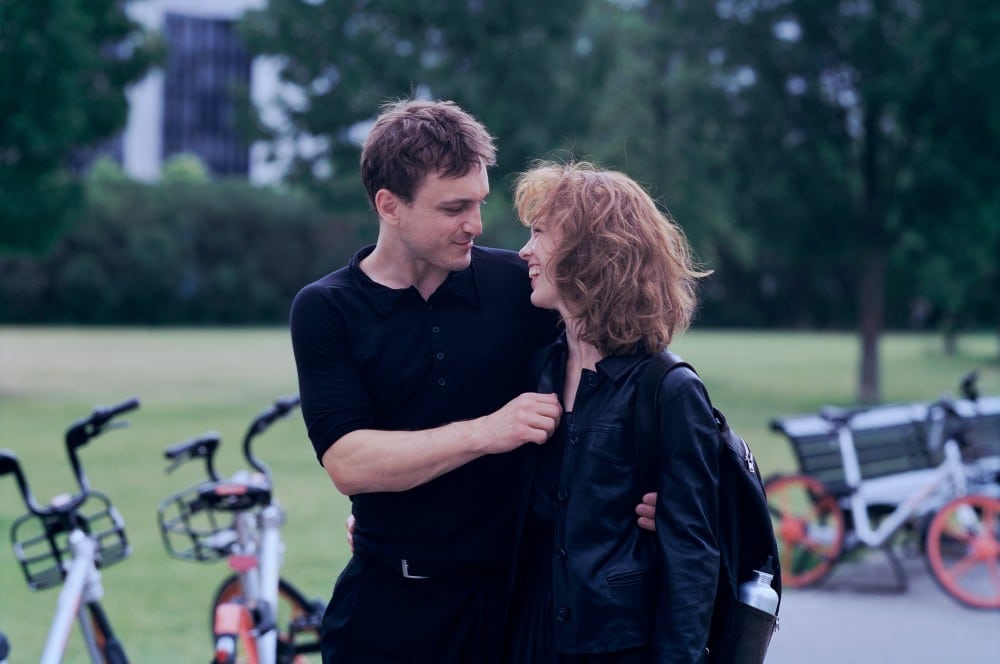 Writer-director Christian Petzold’s attempt with Undine is perhaps more compelling than the final result. Much like 2018’s Transit, his new film takes something old and reworks it for the modern-day. Similarly, this juxtaposition gooses familiar material—and Petzold is just as sure-handed in overlaying German history. The film’s dramatic arc doesn’t quite catch up with its thematic conceit, however, despite some all-world emotive force from actors Paula Beer and Franz Rogowski.

Beer plays the titular Undine, who opens the film by offering Johannes (Jacob Matschenz) a warning befitting of her mythical status: dump her and die. Her character is not necessarily presented as mystical, however; she works as a historian and high-level tour guide, talking visitors through Berlin’s many urban planning renewal decisions. That she’s swept off her feet by a new man, Christoph (Rogowski), puts her in line with that same brand of optimism: like Berlin, she too can rebuild. As the flipside to this tale, Rogowski’s Christoph acts in a similar fashion; he labours as an underwater welder on forgotten turbine wrecks. Naturally, Undine is drawn to this underwater setting and Petzold summons some remarkable images in the deep as his story’s reality runs over its more mythic aspects. What he’s able to say about intimate relationships and their placement in an ever-changing city adds fascinating structure to the film. That Beer and Rogowski are also so easily able to relay doomed romantic longing helps too.

We should approach Undine in much the same way as its main character cherishes the diver statue gift she receives from Christoph. It’s a deceptively simple item, loaded with symbolism both obvious and vague, but what any viewer gets out of it will depend on what they see there personally—and what history they’ve brought to the experience. That’s a function of great art, of course, and Petzold is definitely striving for that. His is indeed a compelling attempt, even if the dive doesn’t make it all the way down and back.