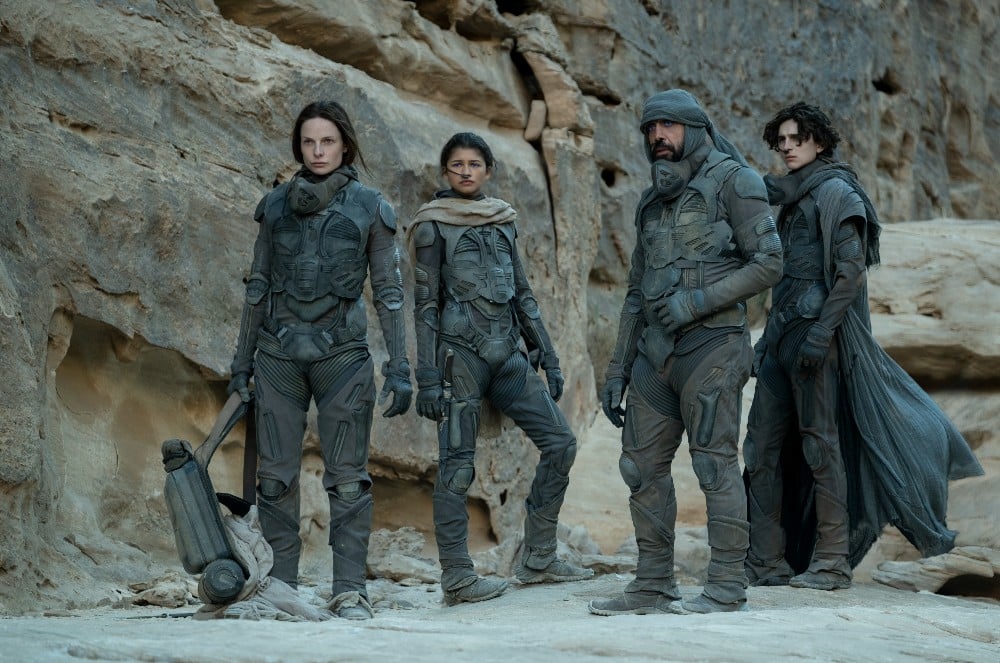 There’s no meeting Dune halfway. The very nature of its source material was always going to pose that problem to director Denis Villeneuve, and writers Eric Roth and Jon Spaihts. The film’s solution: just go with the flow. If there’s limited hand-holding in Frank Herbert’s novel, or a surplus of exposition and a dearth of humour, so be it. That’s Dune—get on, or get out.

Deep breath: Dune centres on Paul Atreides (Timothée Chalamet), son of Duke Leto (Oscar Isaac) and Lady Jessica (Rebecca Ferguson), who also happens to be part of a mystical female order known as the Bene Gesserit. By imperial decree, the Atreides become stewards of Arrakis, a planet that produces spice that also happens to fuel all space travel. Got that? There’s more here—including off-world villains, a resistant native population, giant sandworms, and mounds of messianic talk involving Paul. To his credit, Villeneuve plays to his story’s strengths, landing on as many mega-images as he can while owning the density of the narrative. The film’s actors, meanwhile, do what they can to stay above the sand.

I won’t pretend to remember how faithful Dune is to the novel (it’s been 15 years since I’ve read it), but I do recall what it felt like reading it. At its best, Villeneuve’s film taps into that energy, of being totally subsumed by a different universe with strange, opaque rules that are just… there. It’s difficult for any single film to capture that. So, in that spirit, here’s hoping Villeneuve gets to make his Part 2.