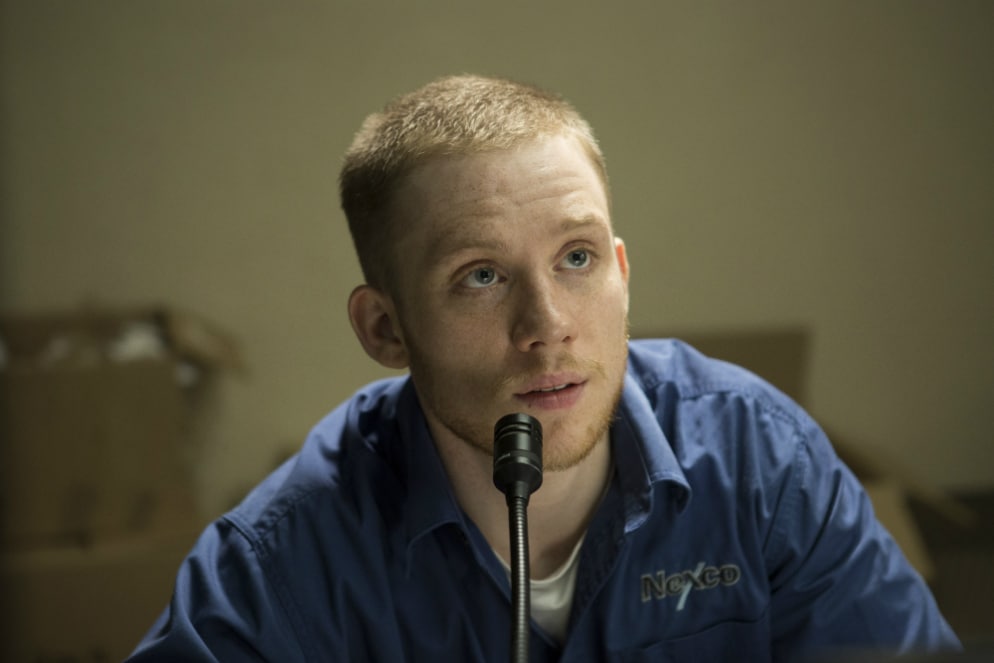 In our video interviews with actor Joe Cole and writer/director Kim Nguyen, they delivered some very passionate responses about the film Eye on Juliet (which opens Friday April 20th in Toronto and Vancouver). (We had previously spoken to Nguyen about the intriguing Two Lovers and a Bear). Cole, in particular, had some very interesting things to say about Eye on Juliet, which premiered at Venice and TIFF (where we spoke with him), at which point the young actor still had yet to debut Thank You for your Service, as well as his powerful episode of Black Mirror, Hang the DJ. Cole managed to tie together the trio of projects, and his role in Eye on Juliet as Gordon is creatively steered by Nguyen, as the two leads (the other played by TIFF International Rising Star Lina El Arabi) are separated for the majority of the film.

Here are is a condensed and edited amalgamation of our video interviews with Cole and Nguyen:

Eye on Juliet opens in Toronto (Yonge & Dundas) and Vancouver (International Village) on April 20th, in Calgary (Plaza) and Edmonton (Princess) on May 4th, in Victoria (Vic) and Regina (Rainbow) on May 11, and in Ottawa (Bytowne) & Saskatoon (Roxy) on May 18