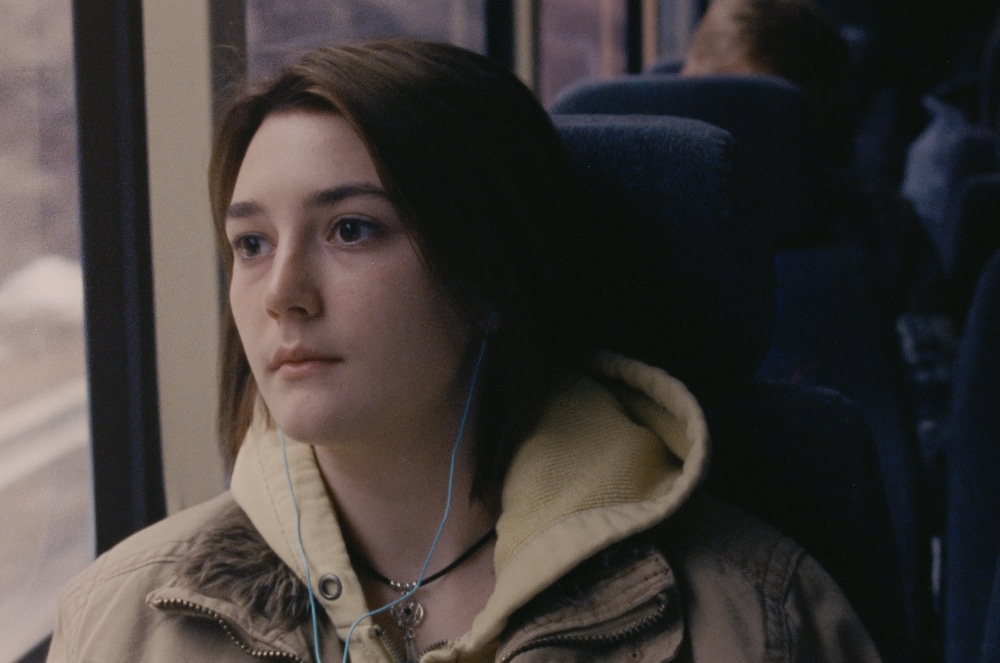 There’s an early tension in Never Rarely Sometimes Always, its source revealed by a casual pan to the distended stomach of 17-year-old Autumn. As played by Sidney Flanigan, she’s living a bland existence in rural Pennsylvania, surly at home, school, and work, the targets of her anger made clear even in the absence of more detail. Writer-director Eliza Hittman sets her film this way to circumscribe Autumn’s reality and outline exactly what her options are. She’s pregnant—now what?

Proceeding as a how-to manual doled out page by page, Never Rarely Sometimes Always does not skip any steps along Autumn’s journey. The film is structured by her needs in the present and the various decision trees growing into her future. Does she tell her parents? Does she have the baby? What about abortion? It’s on this last question, loaded as it is, that much of the film hinges. Fortunately, Autumn is joined by her cousin Skylar (Talia Ryder), and she’s introduced to professionals who help as best they can. Despite this unsurprising narrative, though, Hittman’s film does layer in a critique of the draconian American medical system, while also digging at the odious religious slant given to matters that should remain secular (and pro-choice). And then, of course, something else looms: every man in this film presents some form of obstacle to these two teen girls, their travels met by hostility and unwanted attention. It all starts to feel like a bit much. But then again: what if it’s not?

As sharp as Hittman’s direction is—and it is that—her film excels because of Flanigan’s remarkable debut. Before we know anything about her, Never Rarely Sometimes Always opens on Autumn singing The Exciter’s “He’s Got the Power”, a tune (and performance) that colours the film. It stands in contrast to the steely approach she applies to everything else, a defensiveness that makes sense as Hittman moves her along. In this, what the film really drives home is what it feels like to be young, female, alone, and pregnant. There are often fewer choices than even the title implies.