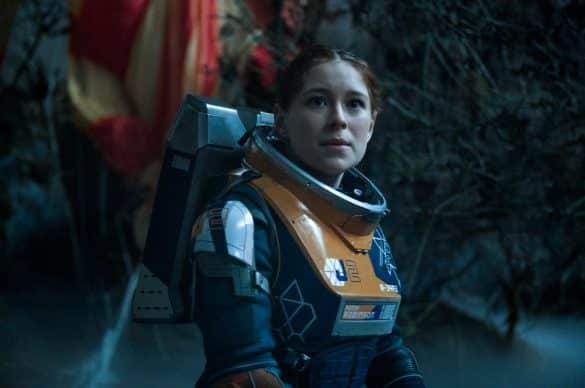 Netflix’s Lost in Space is currently the number one trending series. A penny for your thoughts, but we think that a huge part of the show’s success at connecting with viewers and families is the love for the members of the Robinson family. But even more than that, that this is a kick-ass female-driven series, on both sides of the camera. On the audience facing side, we absolutely adore Mina Sundwall as Penny, as we sought to interview her two seasons in a row (though there was a two year break in between seasons). Sundwall is a boss as she co-leads the team on their trek toward Alpha Centauri. She also shares with Brief Take the feeling of the Robinsons being like a second family to her and coming by that genuinely. She also relayed that she appreciated the addition of new cast member Charles Vandervaart and how they shared a number of philosophical conversations, (as well as support for Ajay Friese, as new relationships and exes can work together in perfect harmony). Check out our video interview with Mina Sundwall below, and we guarantee that you will become as much of a fan of hers as we are.

Lost in Space season three is now streaming on Netflix