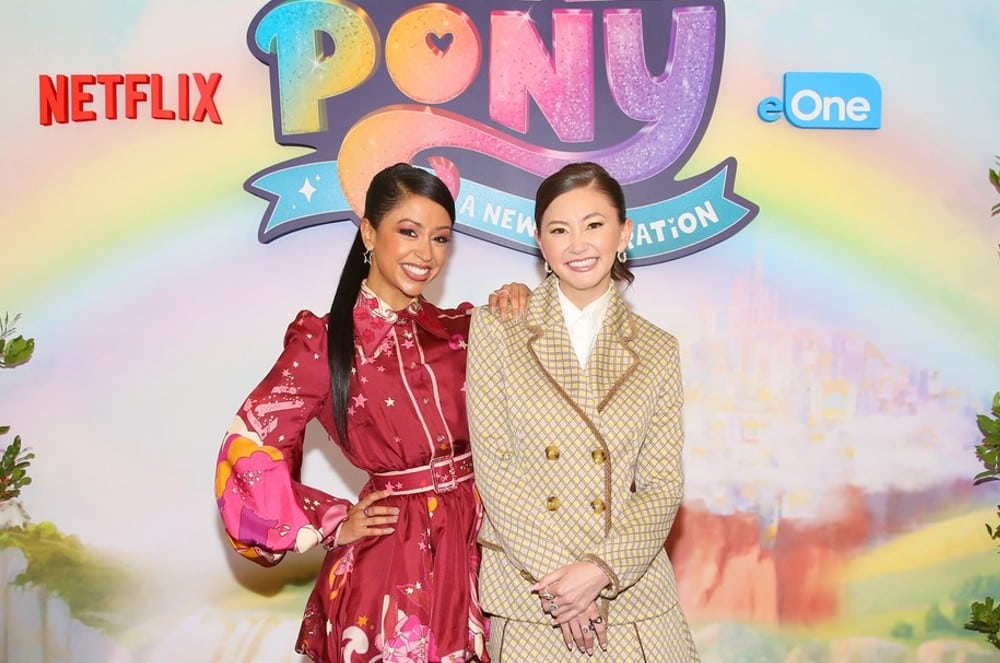 My Little Pony: A New Generation represents a new era for the franchise in which earth ponies, Pegasi and unicorns have grown to become feared enemies, but there’s no friction between the voices behind the film’s main Pegasus and unicorn (respectively), fantastic friends Liza Koshy and Kimiko Glenn. The pair, who also work together on Koshy’s Liza on Demand, reveal EXCLUSIVELY to Brief Take that although they didn’t actually get to voice any scenes together, they love that they get to share being a part of the special animated movie. Koshy even revealed the waistband of her My Little Pony underwear and Glenn was as much of a delight as when we previously interviewed her for voice roles in Spider-Man: Into the Spider-Verse and Over the Moon. While this awesome sit-down Zoom video interview was for My Little Pony: The Next Generation, it appears that their friendship truly is magic.

My Little Pony: A New Generation is now streaming on Netflix