Top Posts
The Beatles: Get Back Review
Win advance screening passes to West Side Story!
The Souvenir: Part II Review
House of Gucci Review
Win a Younger / Emily in Paris DVD...
Home TVInterviews Interview: One Of Us Is Lying’s Marianly Tejada and Cooper van Grootel
InterviewsTV 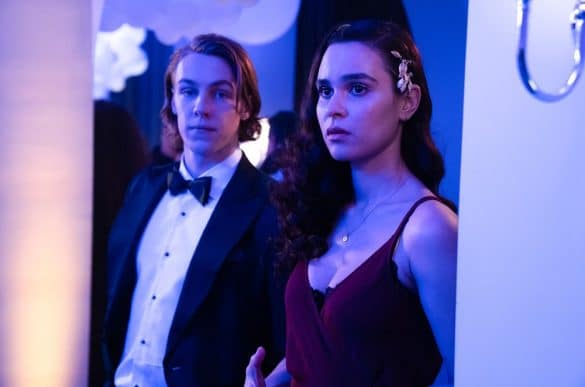 If a series could scream or even say “breakout stars”, that reveal would be of Australian heartthrob Cooper van Grootel as rebellious Nate and Dominican Republic’s fiery Marianly Tejada as brainiac Bronwyn on the addictive series One of Us is Lying. Their characters make up two key members of the Bayview Four, a group of misfits that meet in detention and might have had a hand in the killing of gossip blogger Simon (played by Mark McKenna). While we can’t confirm or deny their involvement, we now know that the looks and arm touches that the duo give to each other are definite clues as to their status as an on-screen couple on the series. Perhaps is even the making of something more, but you absolutely must be watching to notice that the sparks are flying.