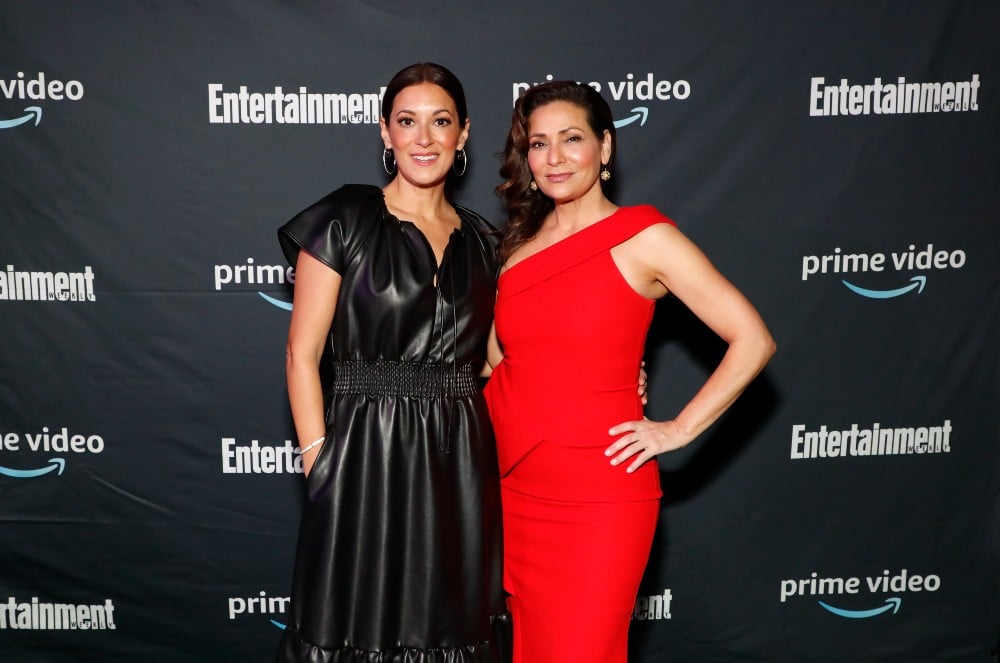 What a strange experience that Brief Take underwent to speak with the stars and creators of the Prime Video series Undone. And by strange, we mean specifically that the show had sort of eluded our grasp for the first season, as we weren’t quite sure that we were ready for a rotoscope tragicomedy about time traveling and unlocking secrets of a Jewish and Latinx shared family trauma all the way back in 2019, (clearly a lot of time is put into this series). But don’t make that mistake for season two (or for that matter, for season one of the show, which we actually greatly enjoyed / were devastated by). Just trust that you are in good hands. The series is directed by animator and storyboard artist Hisko Hulsing and stars Rosa Salazar (who is also a producer for season two, as with her as unable to be easily classified Netflix limited series Brand New Cherry Flavour). Salazar plays Alma, who at the start is unhappy with her own life, as her sister is set to marry (to Upload‘s Kevin Bigley), and missing her father, Jacob (played by Better Call Saul‘s Bob Odenkirk). Flash forward to season two, and Jacob is now alive (!) and Becca (her sister, played by Life in Pieces‘ Angelique Cabral) is now revealed to be a time traveller herself and we learn a lot more about her mother (Constance Marie of George Lopez and Selena) and her own generational secrets (mainly through traveling in time and within the liminal space). Yet this summary doesn’t even prepare you for how many twists (both the narrative kind and the emotion as well) take place over the course of eight episodes, before ending where you thought that the show didn’t even dare to go, and you will feel done as much as undone.

Series creators Raphael Bob-Waksberg and Kate Purdy understand that a show such as Undone is incredibly personal and revealing, even in rotoscope animation, as both seemed to share emotional and physical truths in our brief interview as well as in the show, (and we got to hear a Jewish joke from Waksberg to illustrate this idea!). As for series stars Angelique Cabral and Constance Marie, Alma’s sister and mother in Undone, both were incredibly kind and generous in discussing the process of making a show such as this one, why we shouldn’t run from a fear of death, their experience of working with friend Gloria Calderon Kellett on the series With Love (which also starred Constance Marie as the matriarch of a Latinx family), and how Purdy in particular has affected their performances.

Buckle up as you’re going to want to go deep with the cast and creators of Undone season two.