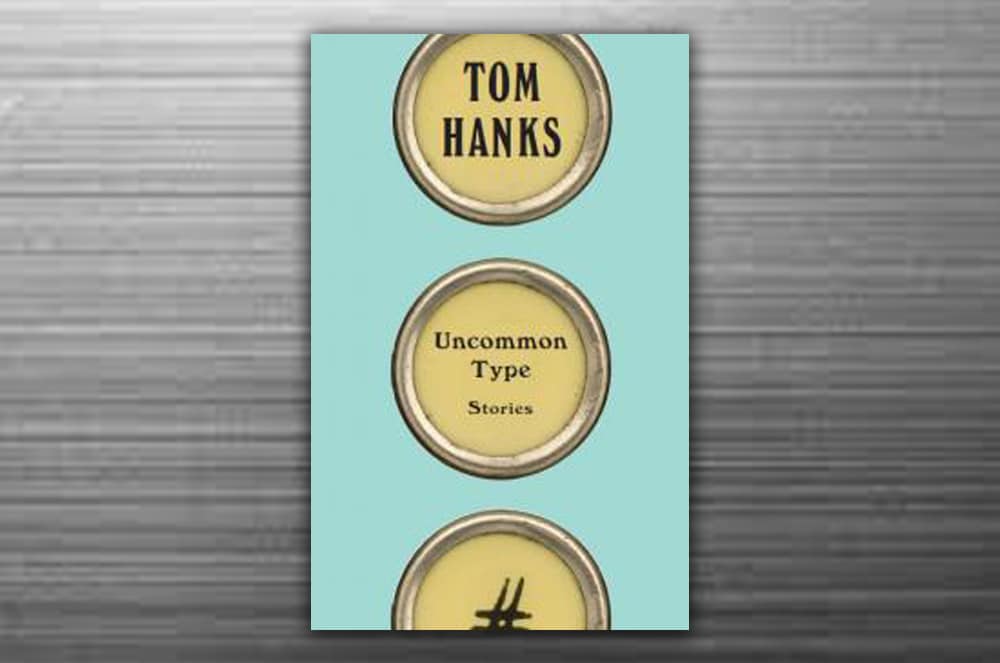 Tom Hanks, writer, has a strange ring to it, but Uncommon Type definitely has a sort of unique sensibility. It’s not a very successful collection as a whole, (the book is too long by half, and the story collection needed a major condensing), but it is intermittently interesting and sometimes intensively interesting and it isn’t quite the entertainment book glamour project that it could have easily become.

Somewhat surprisingly, the book itself has a common theme running through Uncommon Type (perhaps not one of personal interest but certainly true to the Tom Hanks brand), which is that of typewriters. The film California Typewriter features a contribution from Hanks, as he extends his interest into stories that either prominently feature the devices or they make a small cameo appearance (and it becomes a game to try and spot them) and each story is introduced with an image of a different typewriter.

Furthermore, these aren’t individual stories unrelated to each other. A group of friends from diverse backgrounds appear in the beginning and in a couple of stories and a phony news column is celebrated as a story when it is more of a palette cleanser. But the biggest treasure in this collection is a tale of an actor on a terrible press tour. This is obviously not Hanks himself (the actor in question is a young one and clearly not modeled on “America’s Dad”, though there is a grain of truth in how Hanks himself has gone on the record about how much he dislikes to do festival press. So within the story there is a nugget of truth, and perhaps this is the element missing from the rest, which tend to hide behind a folksy element at the expense of brilliant storytelling.

Uncommon Type was provided by Penguin Random House Canada in exchange for an honest review. It may be purchased from your friendly independent bookseller or other fine bookstores.

Win an Only the Brave signed poster!