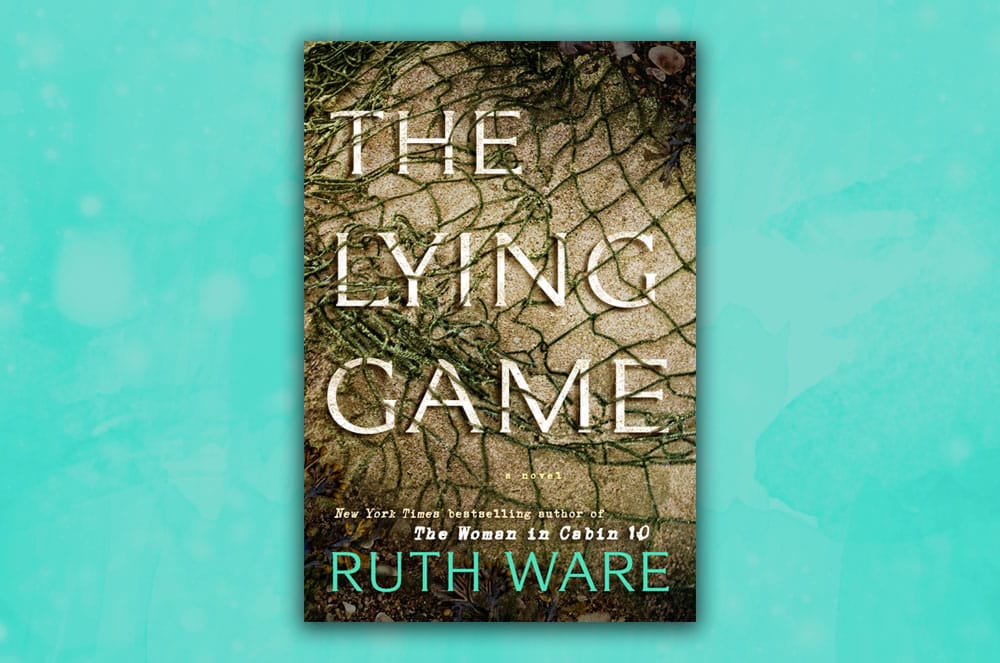 In a seaside, upper-class boarding school on the outskirts of London, four teenage girls play ‘the lying game’ on everyone around them. The rules are as follows: 1. Tell a lie, 2. Stick to your story, 3. Don’t get caught, and 4. (the most important rule) Never lie to each other. The lies they tell range from their parentage to the sexual exploits of the local bullied teenager, until one fateful day when they have to lie to cover up their worst mistake yet.

The well-crafted book unfolds in a series of flashbacks as the girls (now thirty-something women) reunite after decades apart when a bone washes onto the Salten shore and they must finally confront their criminal past. Ruth Ware (In A Dark, Dark Wood and The Woman in Cabin 10) expertly captures the claustrophobic nature of both the small town the girls have returned to (and, emotionally, never left) as well as the tight-knit, dependent friendship they’re unable to tear themselves away from.

While Ware does an accomplished job composing the suspenseful yarn, I found myself disinterested in any of the central characters, who were all equally unlikable. Perhaps the author was illustrating a point about abhorrent women when she framed the narrative around a group of them who bury the body of the only likable person (a man, no less) in their sleepy town.

I would be lying if I said that I fully enjoyed this book, but it’s a rare misstep for Ware and I’d still recommend it as an addictive beach read.

The Lying Game was provided by Simon & Schuster Canada in exchange for an honest review. It may be purchased from your friendly independent bookseller or other fine bookstores.