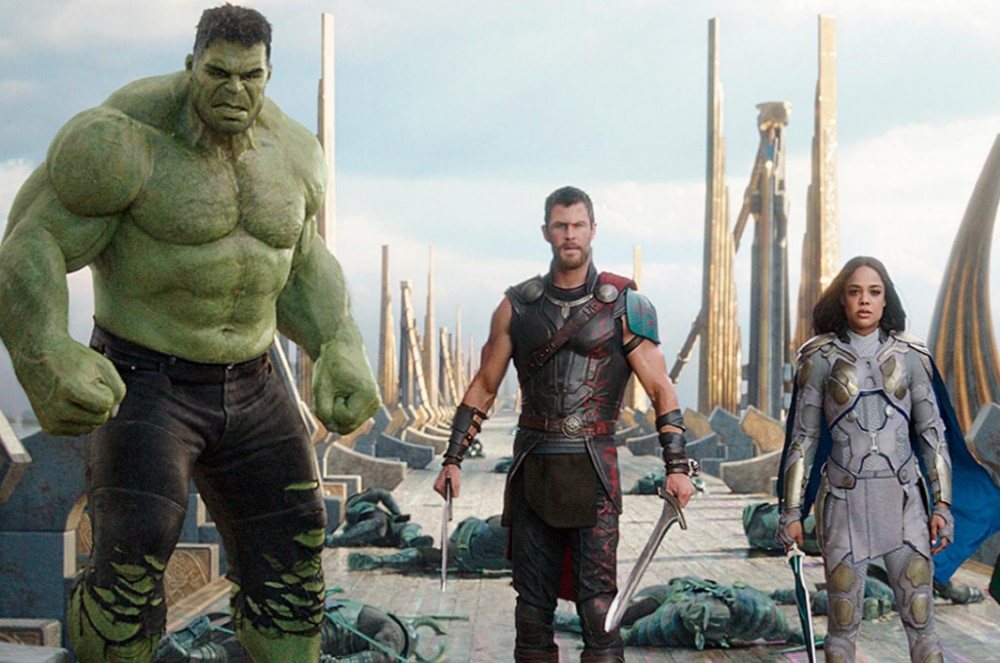 Taika Waititi’s Thor: Ragnarok has perhaps the best first half an hour of any superhero movie, Marvel or otherwise. We begin the action in media res, (and a joke is made about how the action begins in the middle), and then we see new character after new character, or surprise cameo appearance or even more surprising cameo appearance after another.

This is a movie of magical moments and the episodes come fast and furious (including a great sequence set to Led Zeppelin’s Immigrant Song). But at a certain point, there is an extended interlude in space, and it goes on for roughly twice as long as necessary. Cate Blanchett’s character Hela doesn’t appear at all in this time, and we wonder if this segment would have been better left on the cutting room floor.

However, Tom Hiddleston is amazing as Loki, the trickster, probably the best he has been in any Marvel movie (and yes, this includes The Avengers). Benedict Cumberbatch is brilliant in his quick appearance as Doctor Strange. Waititi knows what to do with the character more so than even Scott Derrickson (see you in Infinity War, Doc). Mark Ruffalo makes a wonderful Bruce Banner (his Hulk is okay, too). Tessa Thompson makes a memorable entrance as a character whose origins are explained (more hinted at, really), but is a welcome presence in a film like this one. Sir Anthony Hopkins digs into the playbook to make a brief but great appearance as Odin (shades of Luke Skywalker). Chris Hemsworth is a serviceable Thor, best when he is not the focus of the film, also he gets in the requisite shirtless scene. Nice to see his body of work.

Overall, Thor: Ragnarok could have used some cohesion (whatever was going on with The Grandmaster and with Squee or whatever his name was, certainly misused both Jeff Goldblum and Karl Urban), and tonally the film was all over the place. But the performances stood out and this is really all that matters. Marvel fans will be pleased. 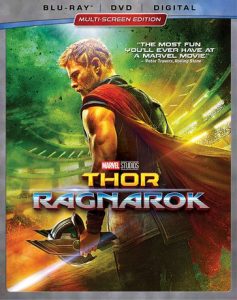 Thor: Ragnarok is really worth it for the director’s commentary when the director is as hilarious and thoughtful as Taika Waititi. The special feature on his character Korg is also pretty special and a short movie featuring The Grandmaster rounds out these very special features.

This may be the greatest Marvel movie ever (until Black Panther), and shows that the franchise is in great hands heading toward Infinity War.