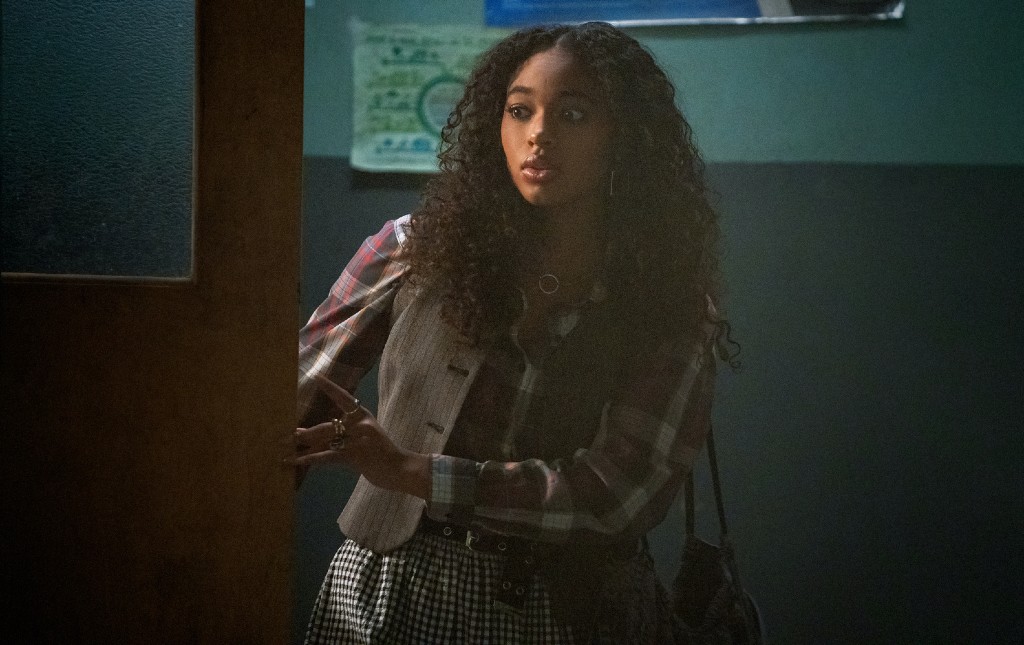 Pretty Little Liars: Original Sin‘s Chandler Kinney was extremely bubbly and a total breath of fresh air in our exclusive Zoom video interview with the breakout actress. We were delighted to speak to this talented rising star the night before her highly anticipated series was debuting on HBO Max, (of course, as we had license to ask Kinney about critical spoilers, we are sharing this interview with you now to give time to watch the extremely bingeable series, a spinoff of the Pretty Little Liars series from creators Roberto Aguirre-Sacasa and Lindsay Calhoun Bring). The series is set in Millwood, as we quickly learn that 20 years earlier, a series of tragic events threatened the very livelihood of the town, and some of those secrets affect our group of liars, who are led by Imogen Adams (Bailee Madison) and Kinney’s Tabitha “Tabby” Adams (and rounded out by Malia Pyles as Minnie “Mouse” Honrada, Maia Reficco playing Noa Oliver, and Zaria‘s Faran Bryant).

But one thing that fascinated us about Kinney (who was coming off of the success of her Disney Channel Original Movie Zombies 3) and her character, Tabby, in particular, is that she is a huge fan of movies (particularly horror movies) and an aspiring filmmaker. We were sure to ask Kinney about all of her favourite horror movies, (and her answers really surprised us), as well as her experiences working with Carson Rowland, who plays Chip Langenberry, her best friend on the show and co-worker at the town movie theatre. We also made sure to ask Kinney about how she bonded so well with her fellow “liars” (Madison, Pyles, Honrada, Reficco and Zaria). We made a point to dive into that bombshell Halloween episode in which the show as a whole gets turned upside down, but particularly for Kinney’s character Tabby, (and we were mindful of spoilers but hinted heavily at what was to come for her in this episode). Finally, we rounded out the illuminating chat with Kinney asking her about the fan reactions to Pretty Little Liars: Original Sin (surprisingly, she had already received a number of responses), but also to her work in the Zombies franchise, in which she plays Willa, the leader of the werewolf pack.


New episodes of Pretty Little Liars: Original Sin are released Thursdays on HBO Max in the U.S. and Crave in Canada